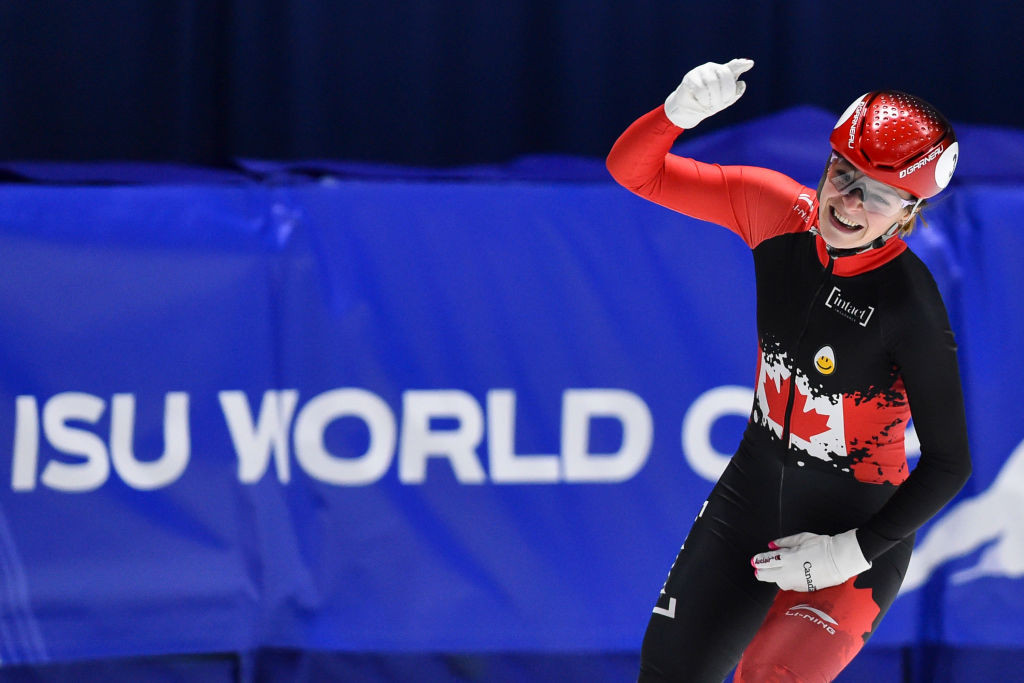 Boutin set a 500m world record on her way to gold at last weekend's season opener in Salt Lake City.

At the Maurice Richard Arena, the Montreal native continued where she left off last week, surging past South Koreans Seo Whi Min and Kim Alang to top the podium.

"When I passed both the Koreans I heard the crowd and that was amazing," said Boutin, as Seo and China's Fan Kexin finished in second and third respectively.

"It was a hard challenge for me to focus on what I had to do to succeed, and not focusing on the results.

"I think it's going to be a challenge for the whole season."

Olympic gold medallist Arianna Fontana from Italy took silver in the women's 1,500m event behind Kim Ji Yoo of South Korea as she returned after a year out.

They won a third gold from four individual titles available when Park Ji Won claimed 1,500m glory for his first World Cup victory since winning in Dresden in 2016.

The Netherlands missed out on the medal rostrum when Suzanne Schulting took a tumble.

Last year's overall world champion also missed the final of the women's 1,000m after crashing out of the semi-finals.