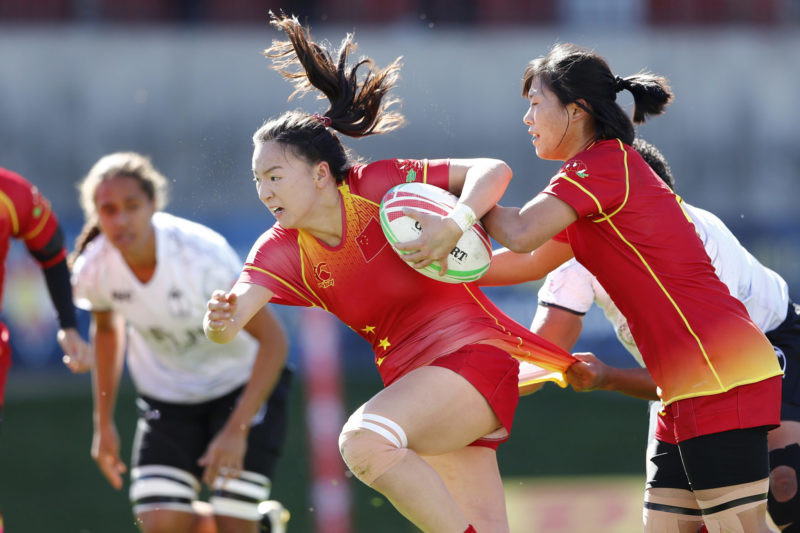 Hosts China all-but sealed a place in the semi-finals of the Asia Women's Sevens as they won their opening matches in style in Guangzhou.

The Chinese team showed why they are favourites to secure the only available spot at next year's Olympic Games in Tokyo with convincing Pool A victories over South Korea and Hong Kong.

China began their campaign at Guangzhou University Town Sports Centre with a 49-0 demolition of South Korea.

Hong Kong were later despatched 42-7 by the Chinese side, who featured as a core team on the 2019 World Rugby Sevens Series.

China are top of Group A on six points, two in front of Sri Lanka and Hong Kong, who are chasing the second spot in the semi-finals.

In Pool B, Kazakhstan are also in line to qualify for the last four after they beat Thailand 17-12 and the Philippines 34-5.

Thailand are second following a 33-0 victory over Singapore, who overcame the Philippines 20-19 to keep their hope of reaching the semi-finals alive.

The winner of the tournament will join New Zealand, the United States, Canada, Australia, Brazil, Britain and Kenya in the women's rugby sevens event at Tokyo 2020.