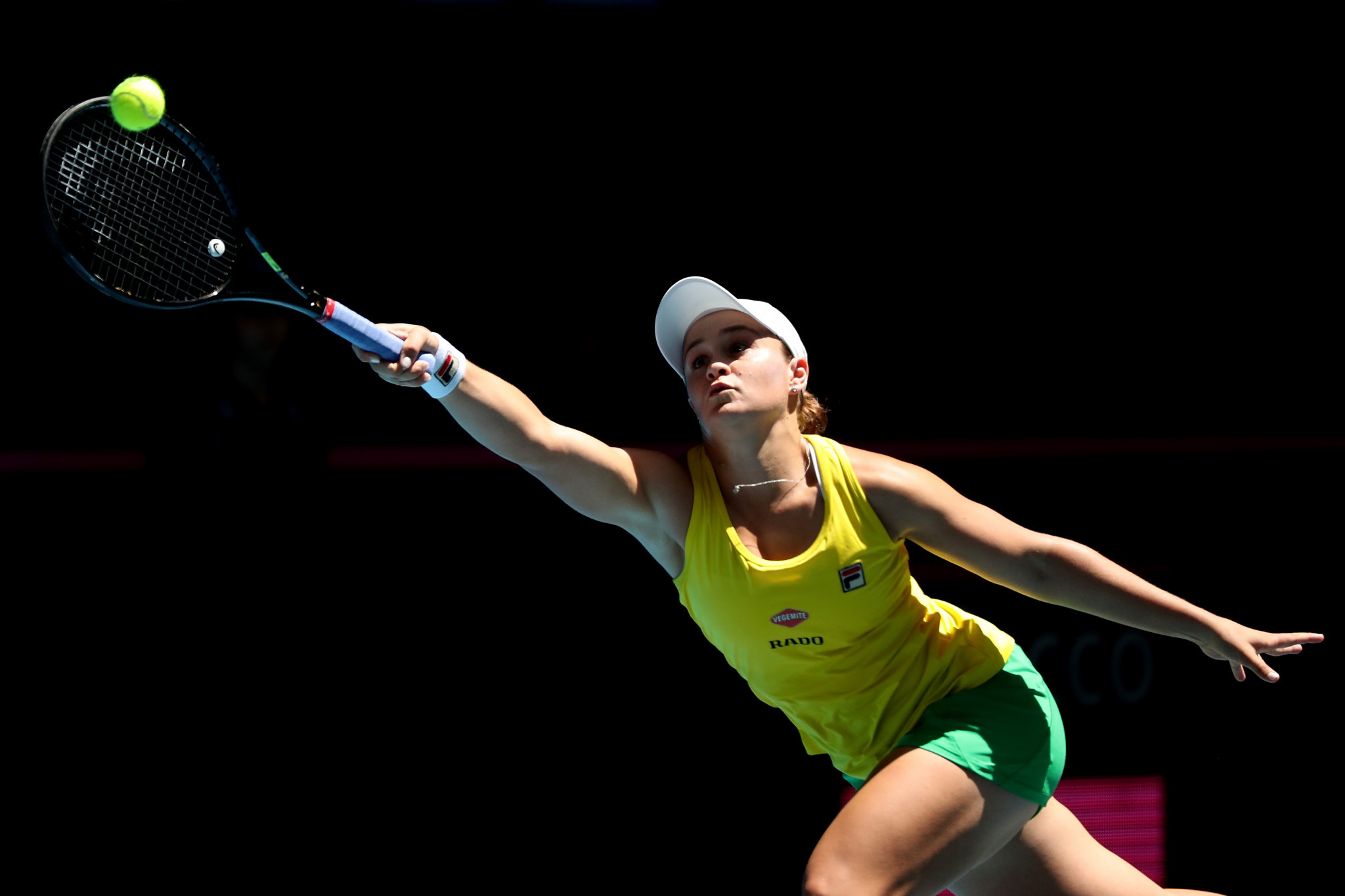 World number one Ashleigh Barty kept Australia in the hunt for a first Fed Cup title in 45 years as she beat Caroline Garcia to level the final with France at 1-1 on the opening day in Perth.

Barty, who is on a 14-match unbeaten streak in the event, double-bagelled Caroline Garcia, recording a 6-0, 6-0 triumph after compatriot Ajla Tomljanovic lost the opening singles rubber at Perth Arena.

Tomljanovic was well beaten in the first rubber as Kristina Mladenovic used all her Fed Cup experience to see off the Australian debutant and put France 1-0 up in the best of five, two-day final.

Doubles specialist Mladenovic cruised to a 6-1, 6-1 victory as Australia's decision to play Tomljanovic in place of veteran Sam Stosur backfired.

The world No. 1 was on another level today as she beat Caro Garcia 6-0 6-0 to level the scores in Perth

Barty's comfortable win over Garcia leaves the tie all-square, with the reverse singles rubbers and a doubles contest to come tomorrow.

Tomorrow Barty will aim to put Australia ahead as she meets Mladenovic, before Tomljanovic takes on Garcia in the final singles rubber.

If the match remains level after those games, Barty will team up with Stosur for the deciding doubles rubber against Garcia and Mladenovic.