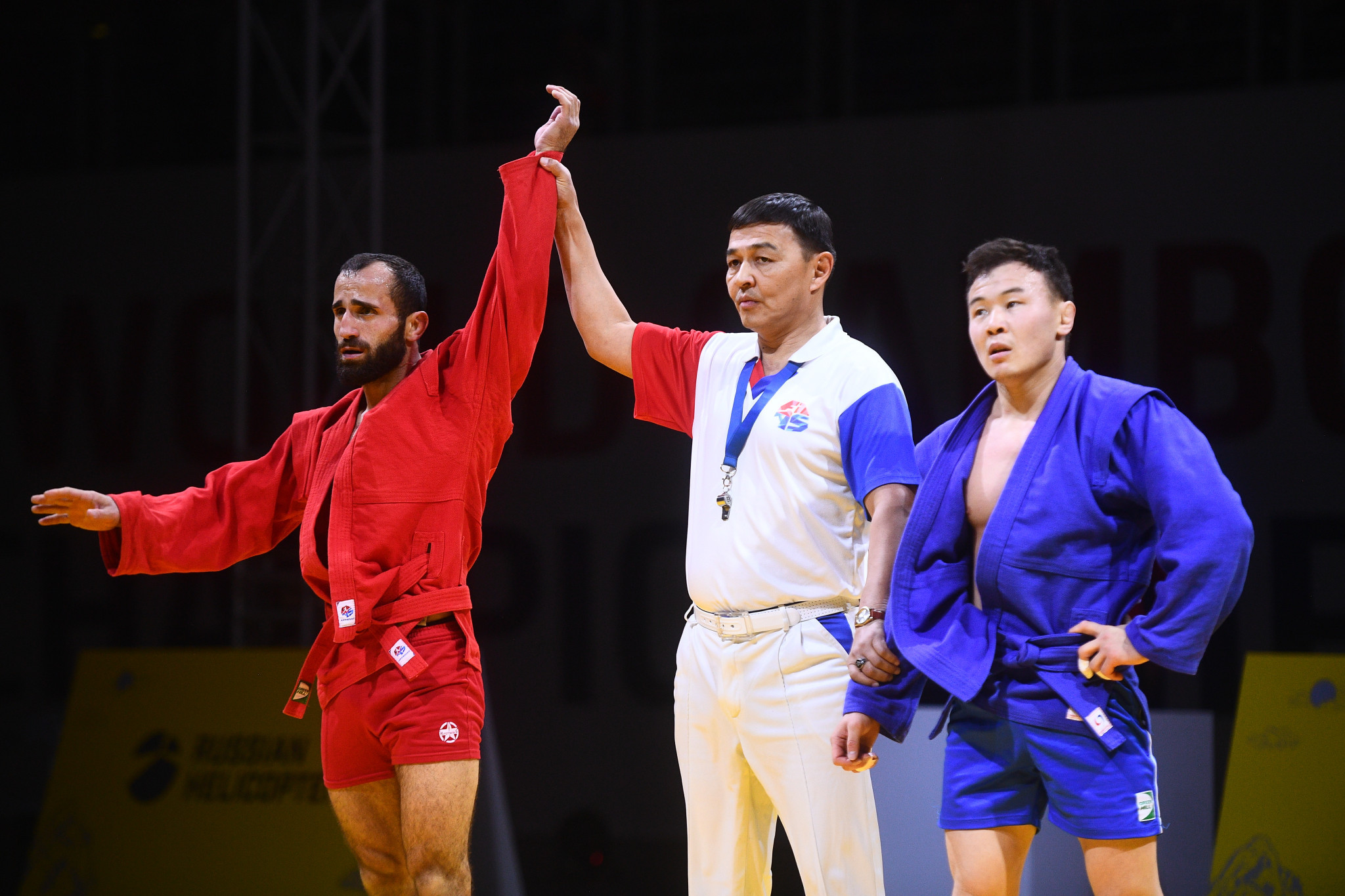 The Georgian, in impeccable form throughout the preliminary rounds, earned a narrow victory over Russian Sayan Khertek in the final of the 57 kilograms division.

Russia continued to dominate on a day when top seeds tumbled out of the Championships at Sukwoo Culture Gym,

They reached eight of nine finals and only Khertek's silver blemished their dominance of the second day of competition.

The women's 80kg contest provided the fireworks from the outset as defending champion Sviatlana Tsimashenka of Belarus was defeated by eventual bronze medallist Halyna Kovalska from Ukraine.

Top seed Deborah Masy from Belgium was packing her bags in the second round, leaving the door open for Bulgarian Mariya Oryashkova to take gold.

She defeated Rui Takahashi from Japan in the only final not to feature a Russian sambist today.

Russia had one defending champion on the mat in Cheongju this afternoon and she brought much delight to the travelling fans.

There were also Russian triumphs in the combat sambo 62kg and over 100kg courtesy of Fedor Durymanov and Kirill Sidelnikov, respectively.

Sidelnikov saved his best for the last final of the night as he claimed gold by overcoming Maxwel Djantou Nana of Cameroon 4-2.

Djantou had won the crowd's applause after helping rival Makrem Saanouni off the mat in their quarter-final clash after the Tunisian injured his knee, but despite a valiant effort he could not overpower the top-seeded Russian.

The World Sambo Championships conclude in Cheongju tomorrow when reigning women's 56kg champion Laure Fournier of France will bid to defend her title.

The remaining women's events will see sambists compete in 68kg and over 80kg categories.