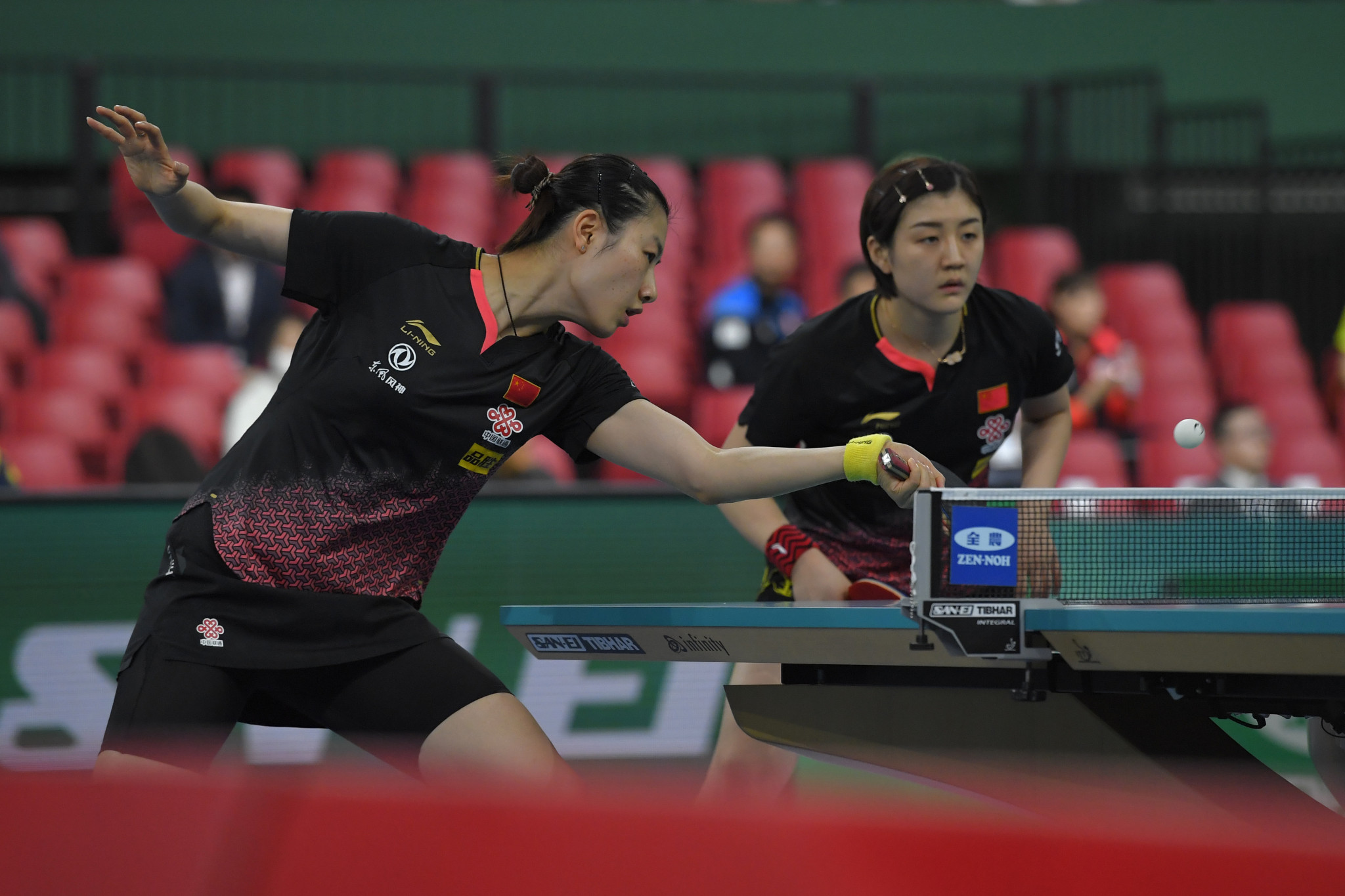 Defending champions China swept aside the United States to reach the semi-finals of the women's event at the International Table Tennis Federation Team World Cup in Tokyo.

Fielding a strong side of Chen Meng, Liu Shiwen and Sun Yingsha, the Chinese team recorded a comfortable 3-0 win to book their place in the last four at the Tokyo Metropolitan Gymnasium.

Chinese Taipei await for China after they edged out Hong Kong 3-2 in their quarter-final.

The other contest in the last four will be between South Korea and Japan.

The composition of the semi-finalists in the women's event mirrors the men's event, the first time this has happened at the Team World Cup since the inaugural tournament in 1990.

Chinese Taipei will take on South Korea following a 3-0 victory against England.

China, seeking an eighth consecutive title, will meet Japan in the other semi-final after both sides won their respective quarter-finals yesterday.

The tournament in the Japanese capital is doubling as a test event for next year's Olympic and Paralympic Games.