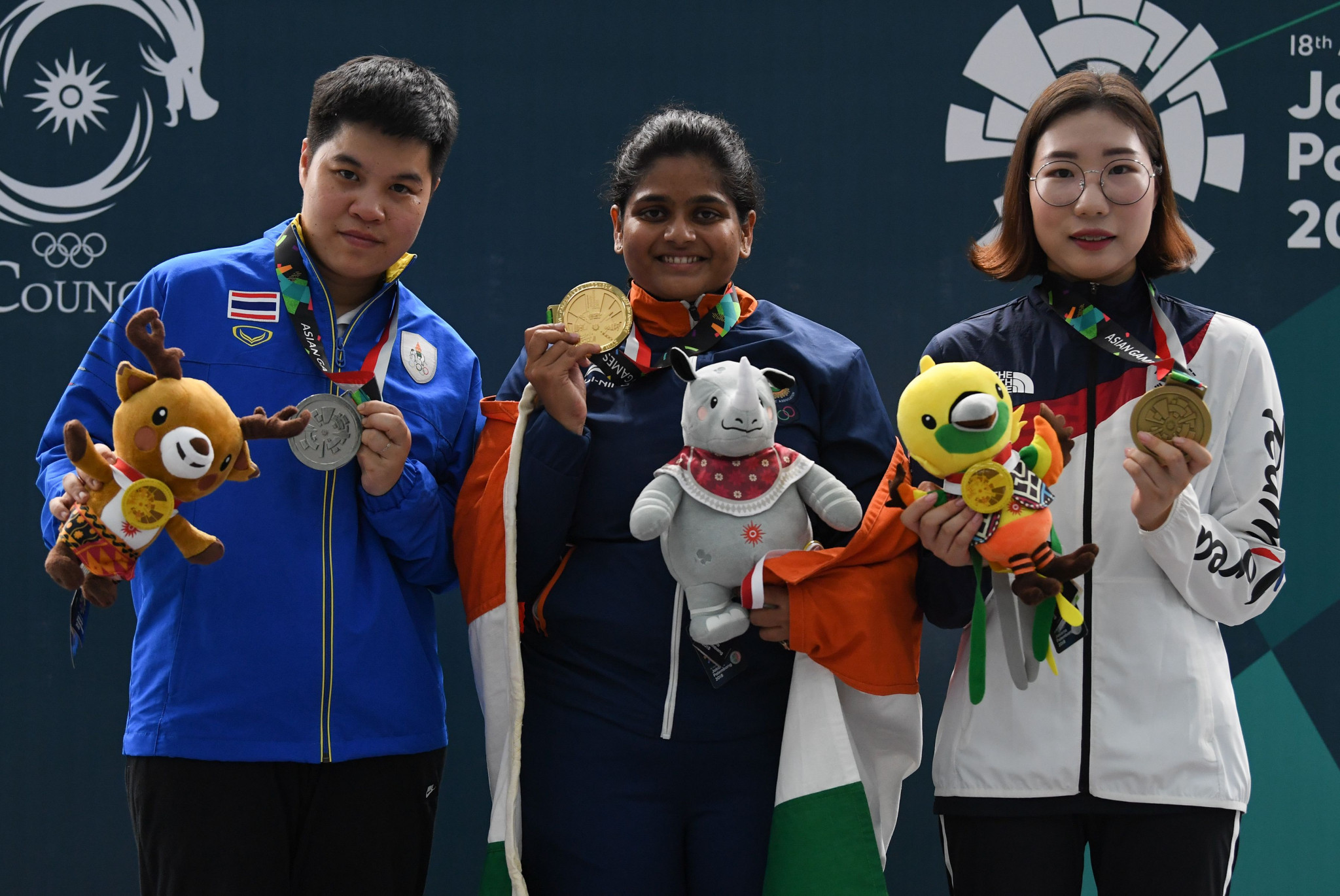 A total of 36 points gave the 2018 Asian Games silver medallist the win at the Qatari capital's Lusail Shooting Complex.

South Korea's Kim Jangmi, the London 2012 Olympic gold medallist in the event, had to settle for fourth place with 26 points.

Among the four other senior finals held today was that in the men's 25m standard pistol event, with China's Yao Zhaonan triumphing with 578 points.

There was also success for China in the women's 50m rifle prone event,Wan Xiangyan taking the gold medal with 627.2 points.

South Korea's Lee Eunseo was the runner-up with 625.1 points and was followed in the standings by Malaysia's Nur Suryani Mohamed Taibi with 622.2.

Completing the top three were China's Liu Gang and Li Xinmiao, with points totals of 623.8 and 623.6 respectively.

A total of 38 quota places for next year's Olympic Games in Tokyo will be distributed during the Asian Shooting Championships.

The event is scheduled to conclude on November 14.