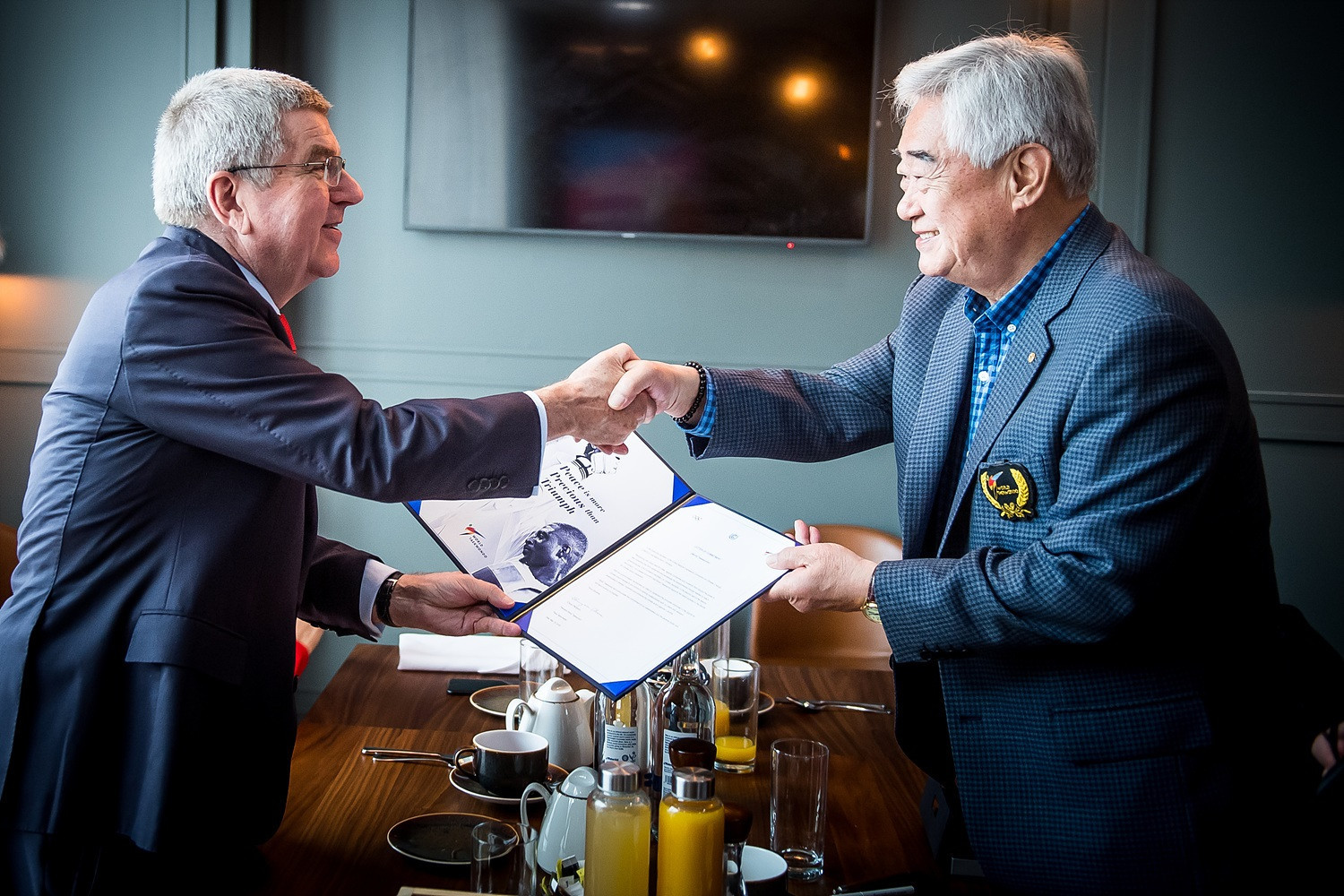 World Taekwondo has received the joint International Olympic Committee (IOC) and Dow "Carbon Initiative Award" in recognition of its commitment to reducing its carbon footprint and contributing to a more sustainable future.

The accolade was presented to World Taekwondo during the sustainability workshop at the SportAccord IF (International Federations) Forum in Lausanne.

World Taekwondo was one of just 10 Olympic and non-Olympic world governing bodies to be presented the award.

The Federation claimed this reinforces its position as a leader in delivering sustainable initiatives.

"It is a great honour to receive this award from the IOC and Dow in recognition of the work we are doing in sustainability," World Taekwondo President Chungwon Choue said.

"World Taekwondo is fully committed to its duty and responsibility to climate action.

"We will continue to work hard to ensure that World Taekwondo considers the impact on the environment in all its decision-making."

The IOC and its Worldwide Olympic Partner Dow launched the "Carbon Initiative Award" in August to incentivise International Federations and National Olympic Committees (NOCs) to work towards a tangible framework that reduces their greenhouse gas emissions.

The International Federations and NOCs that have signed up to the United Nations Sports for Climate Action Framework (UNFCCC), including World Taekwondo, have committed their organisations to pay back their carbon offsets to help balance the residual carbon emissions.

In order to comply, International Federations are required to present detailed data on their annual carbon footprint, as well as carbon reduction plans.

The World Taekwondo Sustainability Strategy consists of a total of 17 recommendations developed to achieve sustainable events and a clear and transparent governance framework.

The others were the International Orienteering Federation, World Rowing, World Rugby and World Sailing.