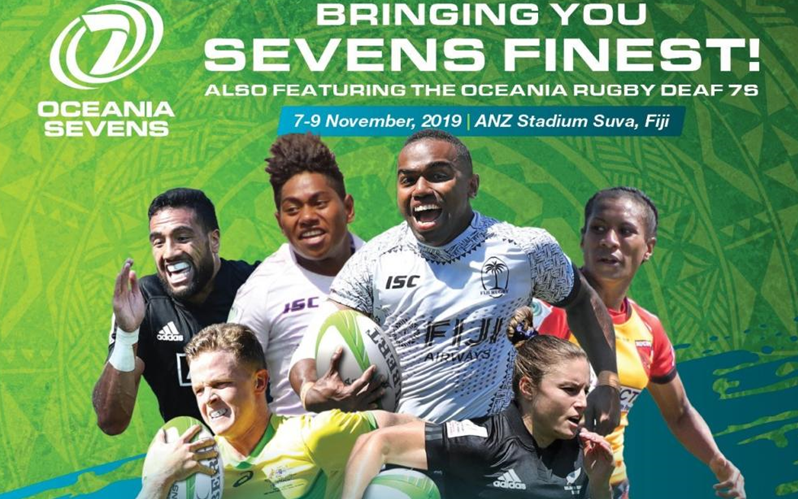 The Oceania Sevens tournament starting tomorrow in Suva, Fiji, is offering a huge incentive, with Tokyo 2020 Olympic Games spots up for grabs.

Fifteen men's and 12 women's teams are competing across three days, with one team from each qualifying for Tokyo through the regional qualification process.

Both men's and women's New Zealand teams, Australia women and Canada women are also going to Japan next year via the World Series, along with the host nation.

Already qualified teams will play in the same pools in both the men's and women's competitions, meaning that the teams that qualify for Tokyo 2020 will be the winners of either Pool B or Pool C.

In the men's tournament, Pool B pits Samoa up against Cook Islands, Solomon Islands, Tuvalu and Papua New Guinea.

The glamour section in the women's competition is Pool A, as New Zealand are drawn with Canada, Australia and Japan SDS.

Pool B has Fiji, Nauru, Solomon Islands and Vanuatu, with Pool C made up of Papua New Guinea, Samoa, Cook Islands and Tonga.

World Rugby Chairman Sir Bill Beaumont said: "Fiji is a nation that lives and breathes rugby sevens, so there is no doubt that the Oceania Sevens will be an excellent tournament for both players and spectators.

"As we edge closer to the Tokyo 2020 Olympic Games, and with two qualification places up for grabs at this tournament, the standard of rugby on show will be exceptionally high."

One direct qualification spot is available in each of the men's and women's competitions, with the second- and third-placed teams booking their places in the World Rugby Global Repechage competition in June 2020.

Rugby sevens will be making its second appearance on the Olympic Games programme, following its introduction at Rio 2016.