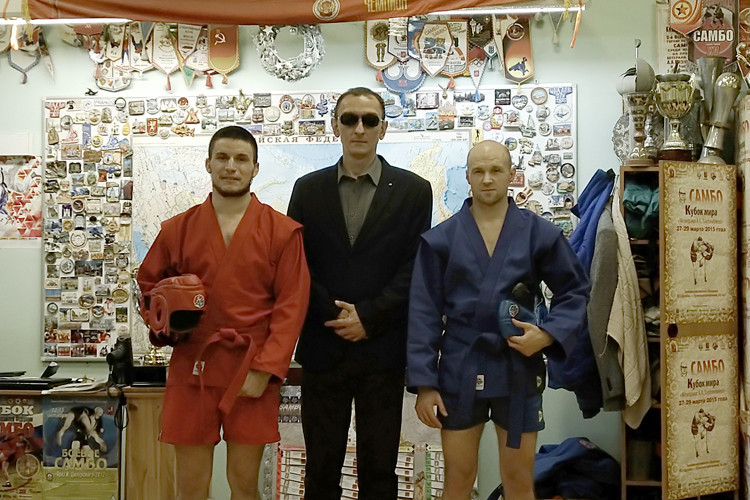 The Demonstration group on Blind Sambo will put on a performance for their international colleagues here in Cheongju, as part of the World Sambo Championships.

The group, which features Andrey Demidov and Dmitry Samokhvalov, have been going through their paces in the South Korea city, ahead of the championships getting underway on Friday (November 8).

The duo held a joint training session with Ivan Morozov and Alexander Perepelyuk.

During the session, blind sambists demonstrated the presentation programme and received advice from Morozov and Perepelyuk on how they could improve the entertainment element of their performance.

The demonstration performance will feature on the second day of the tournament, which concludes on Sunday (November 10).

The Championships will also be preceded by the International Sambo Federation (FIAS) Congress, to be held tomorrow, at the Grand Plaza Hotel in Cheongju.

The development of blind sambo is high on the agenda for FIAS, and last month the Russian Paralympic Committee met to discuss how the sport could be advanced on an international stage.

It was decided to form two blind sambo classes, one for completely blind athletes and one for visual impairments.

The completely blind classification will be known as SVI-1 with the visually impaired class called SVI-2.