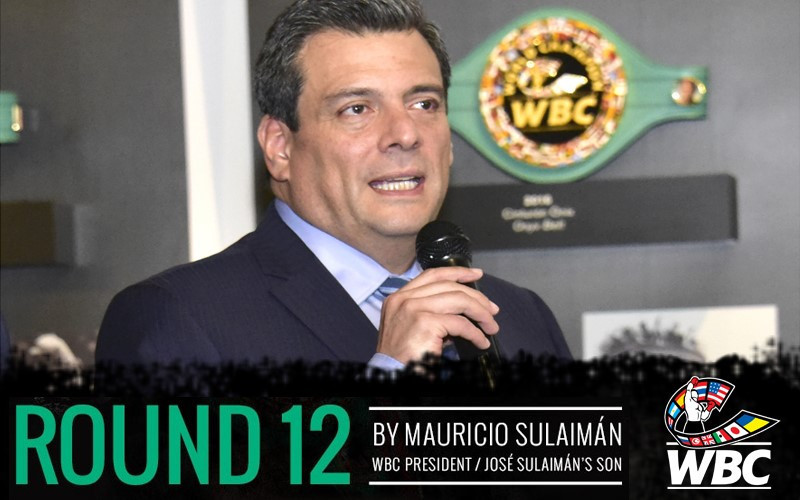 World Boxing Council (WBC) President Mauricio Sulaimán has urged countries not to enter professionals into qualification events for the boxing tournament at next year's Olympic Games in Tokyo.

In a letter to the WBC membership, Sulaimán said it was recommended that "all National Olympic Committees (NOCs) and National Boxing Federations consider the words of concern about the dangerous disparity in level of competition" between professionals and amateurs.

The Mexican called for them to "organise their national qualification process exclusively with amateur fighters or fighters with very limited professional experience".

The WBC has led opposition to professional boxers taking part at the Olympics as the body believes it is dangerous for amateurs to compete against them.

It has vowed to ban any professionals governed by the WBC for two years if they participate at the Games.

A suspension will not prohibit them from boxing, but instead mean they are unable to fight for world titles or hold a WBC ranking.

The WBC had the same rule for the 2016 Olympic Games in Rio de Janeiro.

The WBC has written to the International Olympic Committee (IOC), which has taken control of the Olympic boxing event at Tokyo 2020 after it suspended the recognition of the International Boxing Association (AIBA), to express its concerns about professionals being eligible to participate at the event in the Japanese capital.

It is up to the NOC to enter boxers into regional qualification events because of the AIBA suspension.

Sulaimán said the WBC supported the IOC decision on AIBA, which he claimed had fallen into "disgrace" and had orchestrated "disgraceful" measures to the detriment of the sport.

"The IOC and its President Thomas Bach have heroically stepped in and have taken unprecedented actions in an attempt to save boxing and its participation in the Olympic Games," he wrote.

"The IOC took an aggressive role in investigating AIBA’s operations and, after a process which lasted more than a year, finally suspended AIBA and took away their role as administrators of boxing leading to Tokyo 2020."