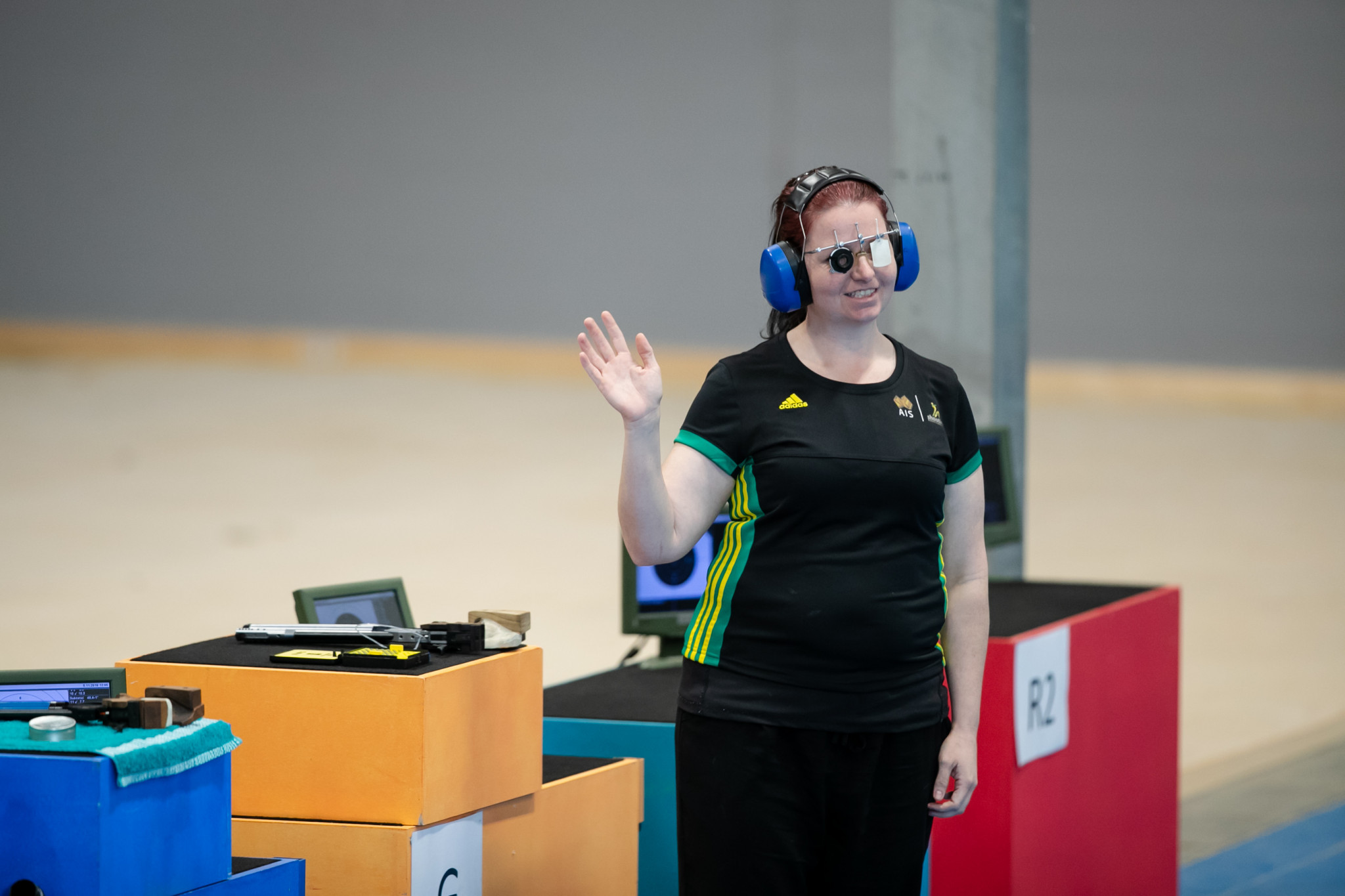 Australia's Danielle Moleman won the women's 10 metres air pistol final at the Oceania Shooting Championships today, despite being forced to use a borrowed gun.

Her victory at the Sydney International Shooting Centre is considered a shock, as Moleman was a late inclusion in the host nation's A squad.

She was ranked last out of the six finalists following a pistol malfunction in the qualification round, but was lent a gun by team mate Damien Dowling and won the final with a superb score of 238.1.

That meant Australia's three-time Olympian Dina Aspandiyarova had to settle for silver on 232.2, with bronze for New Zealand's Kayla Aylward on 205.6.

Unfortunately for Moleman, she did not register a minimum quota score for the Tokyo 2020 Olympics so is not eligible for the Australian team.

It means both could compete at Tokyo 2020 despite not winning the event.

"My pistol just died at the beginning of the qualification round," said Moleman.

"There was an issue with the air compression, so we just grabbed the nearest available pistol.

"Damien has a massive hand and I had to make other technical adjustments just to be able to shoot with it.

"I was just hoping to win third place so I could take home the toy doll for my two-year old daughter Victoria.

"But I always manage to shoot well in finals.

"It was very unfortunate that I had the problems with my pistol as I believed I would have easily registered a quota under normal circumstances."

The next finals take place on Thursday (November 7) in the men's and women's 50m three positions rifle.