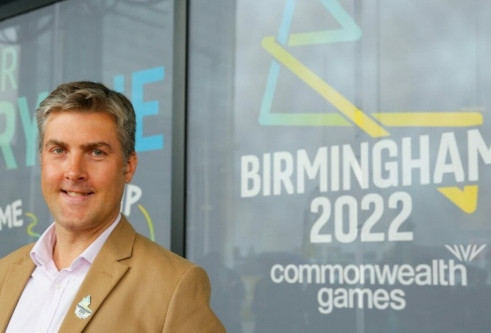 Ticket sales for the 2022 Commonwealth Games in Birmingham will be launched after next year's Olympic Games in Tokyo it was revealed today, as the English city celebrated 1,000 days until the start of the event.

Birmingham 2022 chief executive Ian Reid claimed there is already strong interest in the Games, due to open on July 27 in 2022.

"Ticketing is something that we're working on right now, as when you have more than 1.3 million tickets to sell you need to make sure you've got the right systems and strategy in place," he wrote on the Birmingham 2022 website.

"Tickets won’t go on sale until after the Tokyo Olympics but we already receive regular enquiries, demonstrating the level of interest the Games is attracting.

"Eight of these sports will have fully integrated Para events, meaning that Birmingham 2022 will have the biggest ever para sports offering."

The countdown is on to the Birmingham Commonwealth Games 2022! #B2022 #SportIsGREAT pic.twitter.com/7WvJ6nBq45

Reid is also already planning for the non-sports event that are set to be part of the programme.

"Birmingham 2022 will have a full cultural programme, as the Games is so much more than 11 days of sport," he wrote.

"There’s the Opening and Closing Ceremonies to organise, plus the Queen’s Baton Relay, which traditionally visits every single one of the 71 nations and territories that will participate in the Games and we'll host live sites, giving residents and visitors alike the opportunity to gather together to celebrate the Games."

Reid is also confident that post-Brexit, Birmingham and the West Midlands will receive a positive economic uplift from hosting the Games.

"We know from previous Games that Birmingham 2022 will leave a positive economic legacy - in 2018 the Gold Coast saw an uplift of £1 billion ($1.2 billion/€1.1 billion) to their economy," he wrote.

"This is truly transformational and with 41,000 Games-time roles set to be created, and over 6,500 businesses already signed up and receiving information about the opportunities to help us deliver the Commonwealth Games, the positive impact will spread far beyond the West Midlands, bringing more jobs, improving skills and creating a generation that can say, 'I was there, and I helped make that happen'."