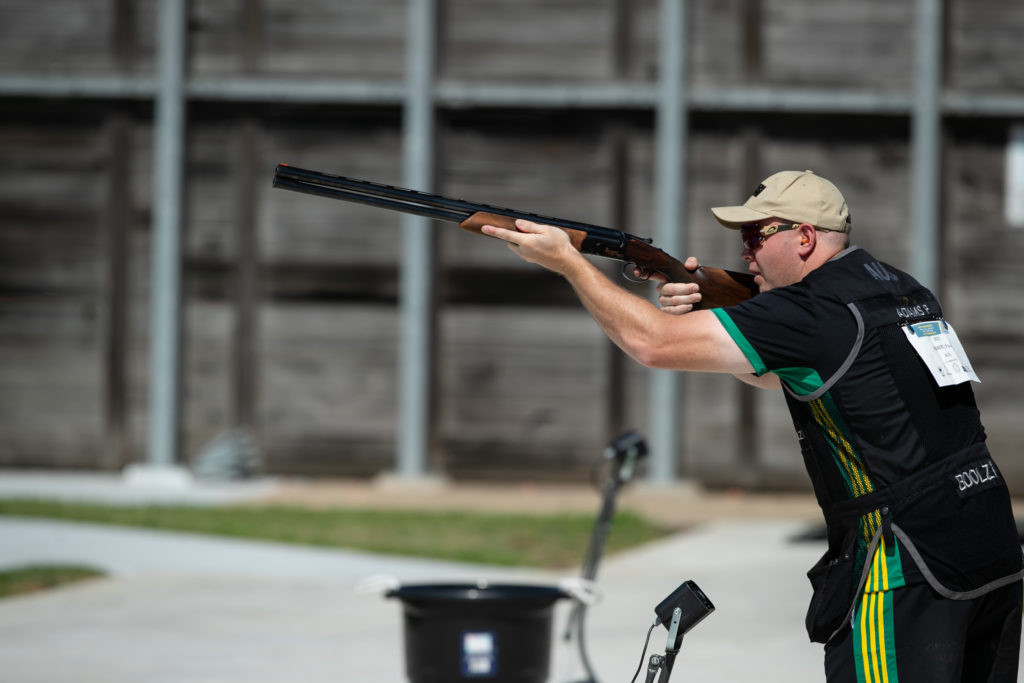 Australia's Paul Adams is on target for a second successive Olympic Games appearance after producing a dominant performance in the men's skeet final at the Oceania Shooting Championship in Sydney today.

The home favourite, a nurse with the Navy Reserve in Brisbane, shot with surgical precision and hit 59 from 60 targets at the Sydney International Shooting Centre.

Adams was thrilled with his performance, which equalled the Oceania record and clinched a quota position for Tokyo 2020.

"I've been working my butt off in recent months and all the hard work paid off today," he said.

"The quota place was the icing on the cake.

"I will now take a couple of weeks off and get ready for the final Olympic selection championships beginning in February.

"My aim is to win selection for Tokyo and reach the final and then we will see what happens from there."

Another Australian snaring a gold medal and a Tokyo 2020 quota position was Bailey Groves, with the last shot in a thrilling men's 10 metres air pistol final.

Groves edged team-mate Scott Anderson by 0.1 points after finishing on a total of 234.4.

Anderson went into the final round with a 0.7-point lead, but he could only manage 19 with his final two shots while Groves shot a gold medal-winning 19.8.

The 10m Air Pistol Men's Final results are in!

Bailey Groves secures another quota for Australia in the 10m Air Pistol Men's Final! Congratulations to all three of our athletes on their performances! pic.twitter.com/H4L1l3byHp

"All my hard work has paid off," Groves said.

"I'm still shaking in my boots.

"0.7 was a good lead for Scott and I knew it was going down to the last shot.

"There was a lot of pressure and the stakes were high.

"When I first looked at the scores, I thought we had tied and that we were going into a shoot-off.

"But then I looked at the decimal point and saw that I had won."

It proved too much for the Australian pair of Laura Coles and Aislin Jones, who rounded off the podium with 45 and 35 targets, respectively.

Tipple had already secured a Tokyo 2020 quota position earlier this year for New Zealand, and Coles managed to grab the available Australian quota position when registering a Minimum Qualification Score.

Tomorrow will see the final of the women's 10m air pistol take place.