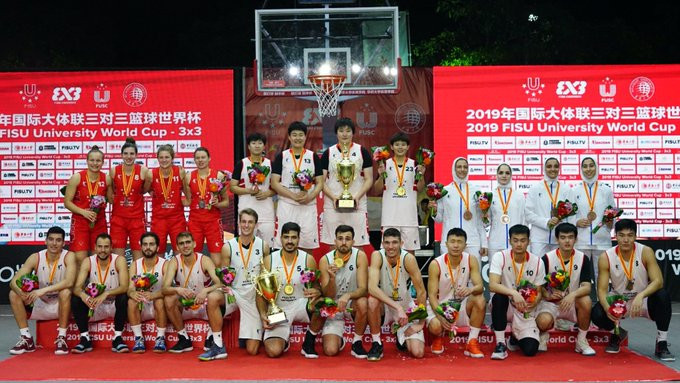 The defending champions were beaten by the University of Vienna earlier in the women's competition, but recorded a comprehensive 21-11 victory in today's gold-medal match.

"We are so happy about winning," said Ma Jiaying of Tsinghua University.

"We were not sure could be champions again.

"All four of us were also in the winning team last year, but we just had three 3x3 trainings together before heading to Xiamen."

Paulista University of Brazil earned their first ever 3x3 World Cup title in the men's event, having defeated the University of Chile 21-10.

"Next year we want to be even stronger and win this event again."

Completing the podium was hosts and defending champions Huaqiao University of China after they got past Mongolia's Mon-Altius Physical Education Institute 19-17.