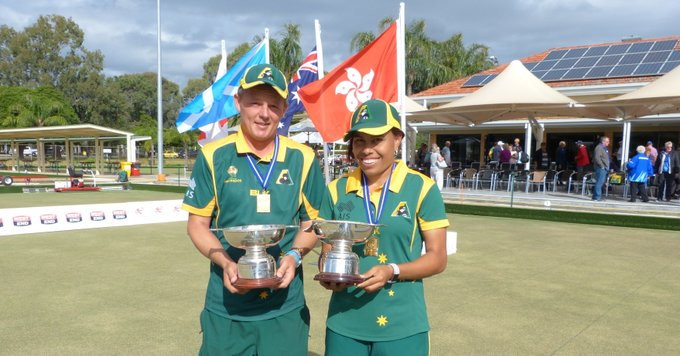 Lee Schraner and Kylie Whitehead secured a double triumph for hosts Australia at the World Singles Champion of Champions after winning the respective men’s and women’s finals in Adelaide today.

"I’m speechless," Whitehead, 25, was reported as saying by The Advertiser.

"I’d never in my wildest dreams imagined that I would be a world champion."

In making her international debut at the event, Whitehead became the first indigenous female bowler to represent Australia.

She dedicated her victory to her grandparents, who she moved to live with in northeastern Victoria aged seven after re-locating from the Northern Territory.

"I just got into the sport for a bit of fun with my grandpa, but the places it’s taken me and what I’ve achieved is more than I could imagine," Whitehead told The Advertiser.

"My grandma is my biggest supporter and my rock."