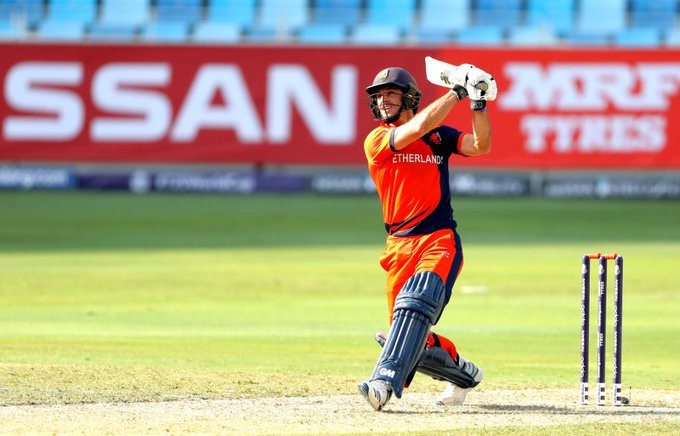 Papua New Guinea batted first at Dubai International Stadium but were restricted to 128-8 from their 20 overs.

Brandon Glover took 3-24 and Roelof van der Merwe recorded figures of 2-15 to help the Dutch limit their opponents to a below-par total.

Ben Cooper helped steady the ship for the Dutch after the early loss of Tobias Visee as they went in pursuit of 129 for victory.

Cooper hit a 33-ball 41 before Ryan ten Doeschate and Colin Ackermann steered the Netherlands to the target.

Ten Doeschate finished unbeaten on 34, while Ackermann ended on 29 not out.

The result of the match was largely immaterial for the two sides, who had both already achieved their main goal by qualifying for next year's T20 World Cup in Australia.