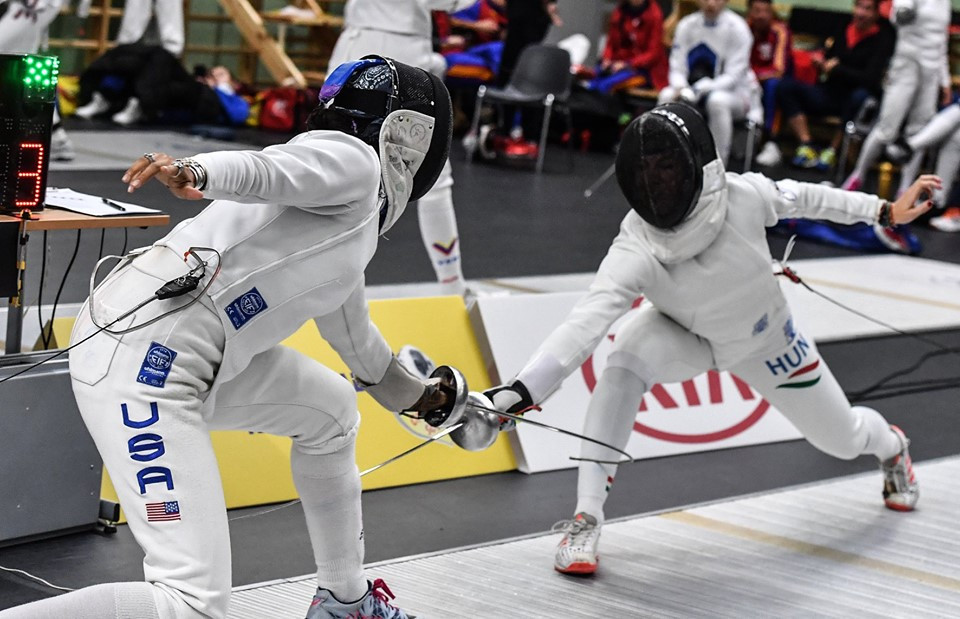 The United States' Catherine Nixon has earned a last-64 meeting with top seed Kong Man Wai Vivian of Hong Kong, after coming through the elimination round at the International Fencing Federation (FIE) Women's Épée World Cup in Estonia's capital Tallinn.

It sets up a clash with world bronze medallist Kong, who leads the 32 players given a bye through to day two of competition.

Second-seeded Chinese Lin Sheng, the world silver medallist, has also learned the identity of her first opponent, with France's Camille Nabeth having secured the right to face her.

The individual competition is due to conclude tomorrow.

It will be followed by a team event on Sunday (November 3).