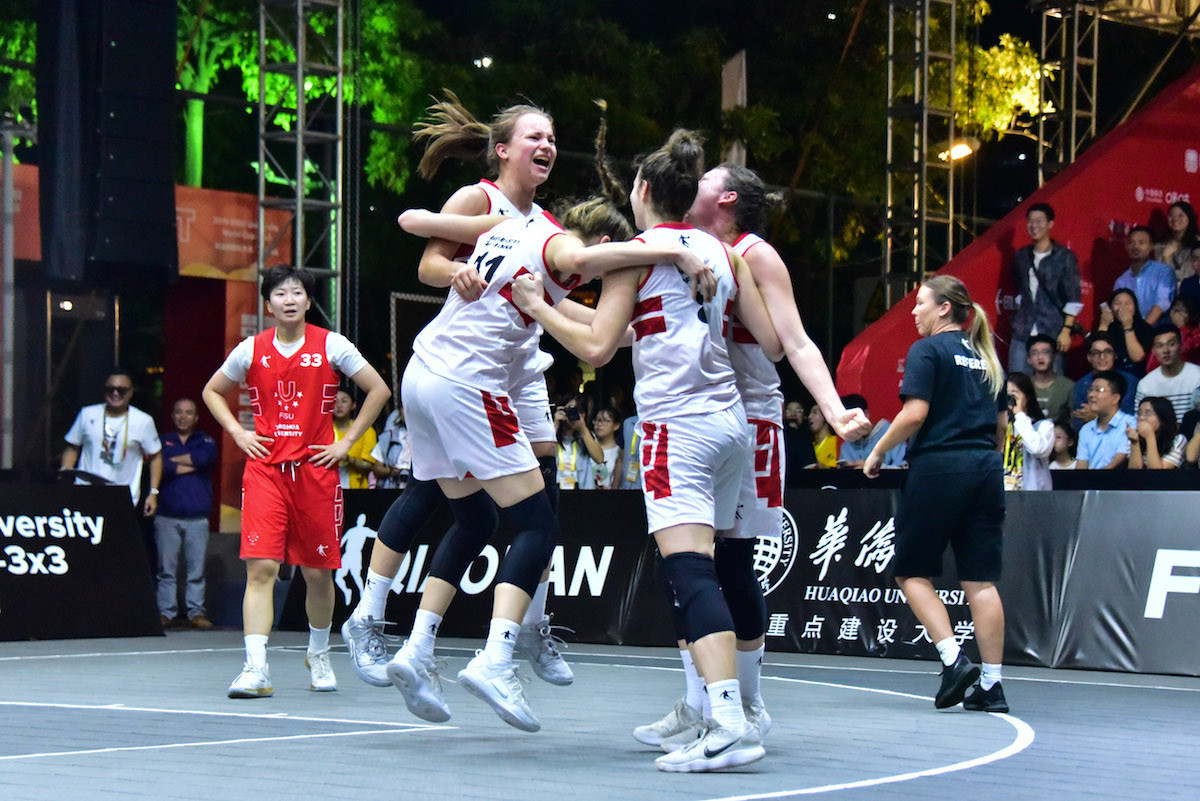 The Pool B game was tied at 14-14 with just 12 seconds left, before Tsinghua University pulled ahead and took a 16-15 lead.

Camilla Neumann from the University of Vienna then managed a stunning two-point shot as the buzzer went, securing a last-gasp win for her team.

"Tsinghua are a great team and we went into the game with a lot of respect for our opponents," Neumann said.

"But we were luckier than them."

In the men's competition, Uganda Christian University narrowly defeated University of Otago 20-21 in Pool D ,after Fayed Baale scored the winner with four seconds on the clock.

It was a disappointing loss for the team from New Zealand, but they made up for it with a dominant performance later in the day, beating their Oceania rivals Macquarie University of Sydney 21-11.