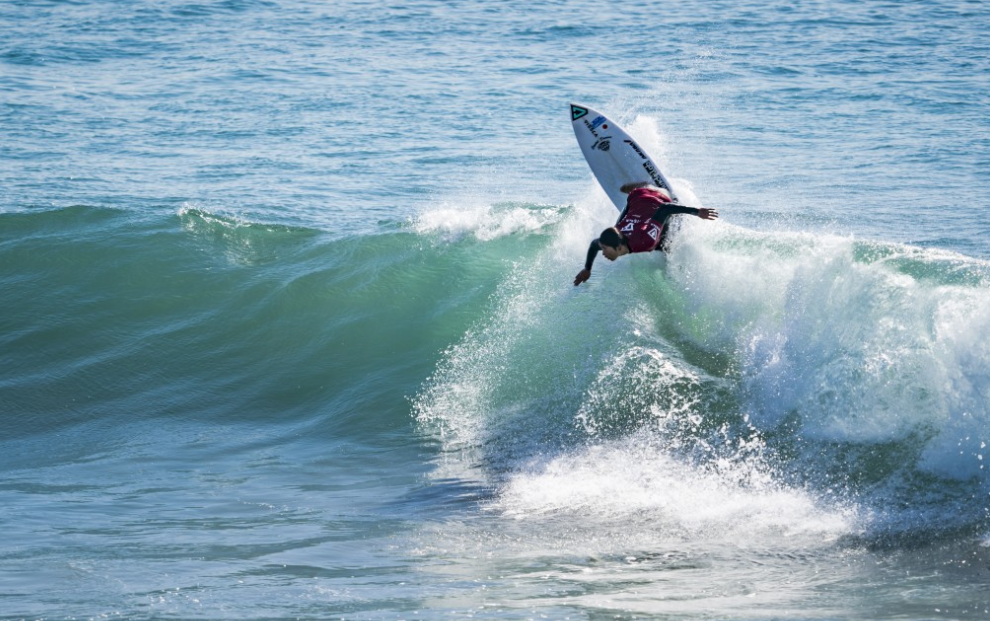 Australia, Hawaii and Spain are fully intact with no eliminations, meaning all of their 12 surfers are still in the event.

Defending gold medallists Japan, France, Portugal, South Africa and the United States have lost one surfer each, but are still in contention for gold.

In the boys u-18 category, France's Tiago Carrique set an event-high heat total of 17 points to make the main event semi-finals.

"It's pretty cool to hold a whole nation on your back," Portelli said.

"My original goal was to make the quarter-finals, and I’ve done that, so now I am looking towards the gold."

Star of the boys u-16s was Japan's Sho Matsubara, whose 9.33 points was the biggest single-wave performance of the event.

In the girls, American Caitlin Simmers is the last remaining previous world champion still in the main event rounds.

The 14-year-old showed remarkable maturity with the highest heat total of 15.17 in the u-16s.

With the main event semi-finalists established, all surfers are guaranteed at least 11th place.

Main event semi-final winners then advance to the main event final, with the Grand Final medal round the ultimate target.

Portugal's Malfalda Lopes secured her spot in the u-18 main event semi-finals, thanks to her best performance in four years.

"It feels amazing to follow in the footsteps of some of the world’s best surfers that also represented their nations in the event," Lopes said.

"It would be amazing to win gold.

"It would be the first for Portugal ever in this event, so it would mean a lot - not just for me, but also for my family and country."