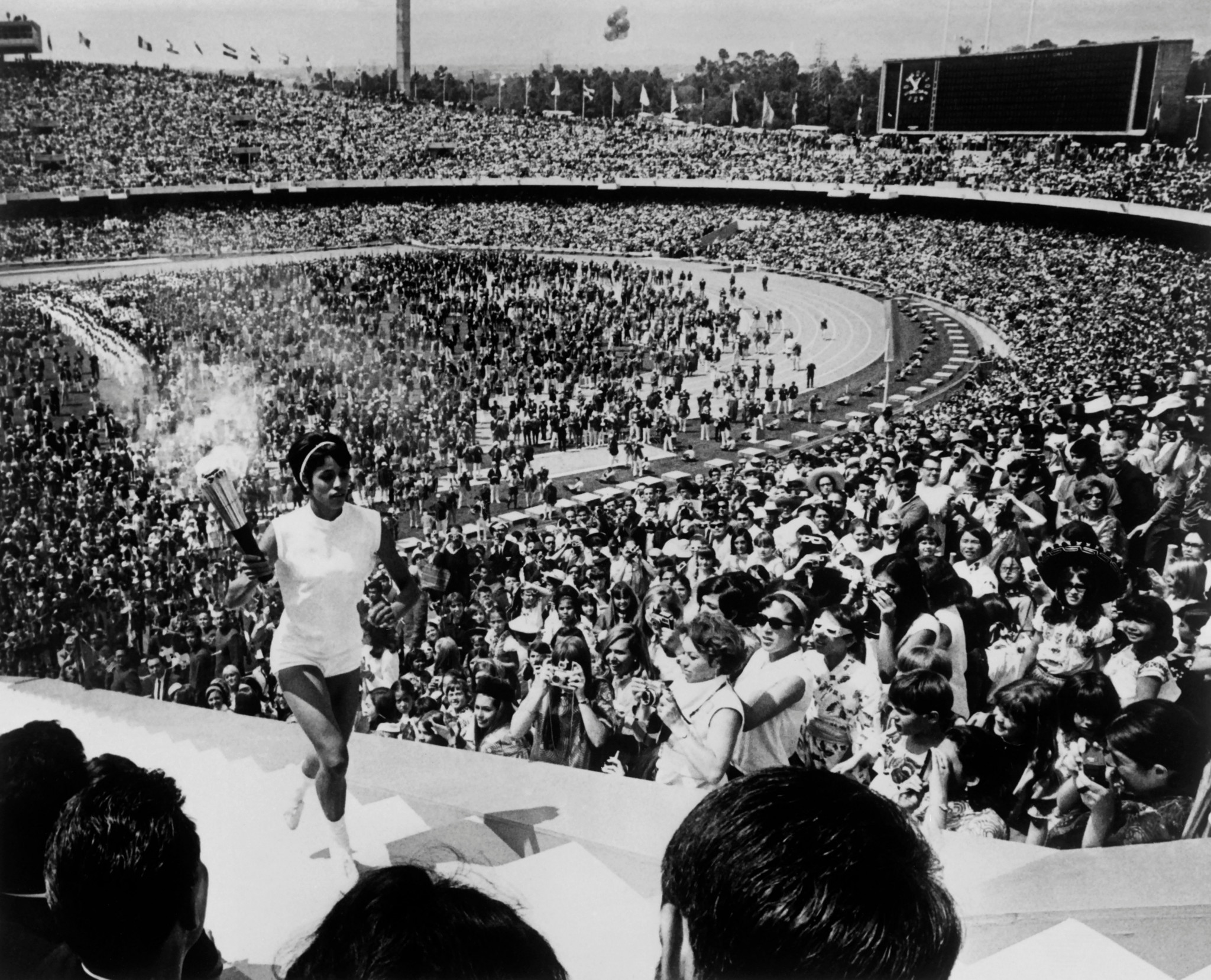 Tributes have been paid to Norma Enriqueta Basilio, the Mexican woman who lit the cauldron at the 1968 Olympic Games, who has died age 71.

"The Olympic family in Mexico mourns the passing of our beloved Enriqueta Basilio, standard bearer for the Olympic world and the first woman to light the cauldron," the Mexican Olympic Committee said.

"At this difficult time we show solidarity with her family and friends."

At the Opening Ceremony in Mexico, Basilio brought the flame into the Olympic Stadium and ran round the track before ascending a stairway to light the cauldron in a much simpler event than is the case today.

She was the first woman to do so, although women had played a major role in transporting the flame to the 1956 equestrian Olympic events held in Stockholm, and gymnast Karin Lindberg carried the torch to light a tower at one end of the stadium.

"She did not just light the Olympic cauldron, but also lit the hearts of women," the Autonomous University of Mexico said following news of Basilio's death.

Basilio played down her role as she told the New York Times why she was chosen: "Maybe it's because here in Mexico, the men and women have the same rights.

"It was also felt that she represented a new generation of Mexicans.

"I saw the boy scouts beginning to force open a pathway using the batons they carried.

"From the moment I set foot on the first step of the staircase, I looked ahead, concentrating on nothing else."

Basilio added: "When I arrived at the top I saw this spectacular volcano and it was here that I lit the flame of peace.

"It was said that Mexico was dominated by men, but without doubt also one of ingenuity and this changed the image of the country.

"At rehearsals, the torch I carried was very heavy and offered little protection from the heat of the flame.

"I almost threw it away after lighting the cauldron because my hand was red from the heat, so they made me a lighter one to use."

Basilio came from Baja California in Mexico and had represented her country in the 1967 Pan American Games in Winnipeg as a teenager.

She later won 4x100m bronze at the 1970 Central American Games and was active with the National Olympic Committee.

When the Olympic flame returned to Mexico as part of the global Athens 2004 Torch Relay, she carried it, and also brought the torch into the stadium at the 2011 Pan American Games in Guadalajara.

She relit the cauldron at the Olympic Stadium in Mexico City last year to commemorate 50 years since the Games in the Mexican capital.