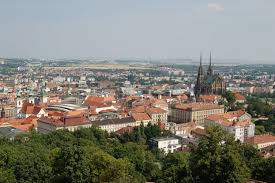 It has been announced here at the European Olympic Committees (EOC) General Assembly that Borjomi and Bakuriani in Georgia and Brno in Czech Republic will host the winter and summer European Youth Olympic Festivals (EYOF) in 2025.

Borjomi and Bakuriani, two ski resorts located in the south of Georgia, will host the winter event.

Meanwhile, Brno, in the south-east of Czech Republic, will hold the summer edition.

The call for candidates took place in March, with the deadline for the submission of an official application set for August 1.

An Evaluation Commission will now visit Borjomi and Bakuriani in February or March next year, before going to Brno in May.

The host cities will then be confirmed at the 2020 EOC General Assembly, taking place in Istanbul in November.

The hosts for the summer and winter EYOF in 2021 were also presented here, with Banská Bystrica doing so for the first time since replacing Košice as hosts in May.