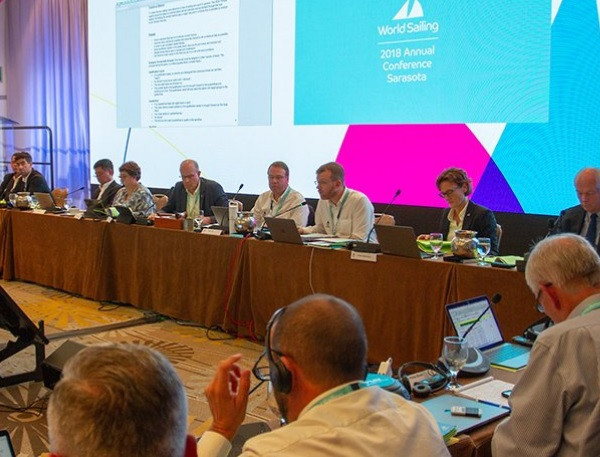 An extensive governance review and the windsurfing equipment at the 2024 Olympic Games in Paris are among key topics due to be discussed at the World Sailing Annual Conference in Bermuda.

Over 400 delegates from 68 nations are set to attend the event, which includes a meeting of the World Sailing Council and the governing body's Annual General Meeting (AGM).

The Council meeting takes place from November 1 to 2, with the AGM scheduled for the following day.

A proposal to reform the governance of the organisation will be presented and voted on during the AGM.

It includes creating two separate Councils - one dedicated to the Olympics and another to deal with participation and development - to replace the current model.

The AGM will be given the power to remove the President in accordance with its laws.

World Sailing is also set to establish an independent investigations panel, while the judicial panel and Ethics Committee will be replaced by an independent disciplinary tribunal.

Changing the composition of the Board by removing the seven vice-presidents and adding five elected directors and two appointed directors is among the other changes.

A recommendation to use the Starboard iFoil as the equipment for windsurfing events at Paris 2024 will be considered by the Equipment Committee at its meeting.

Starboard iFoil was the preferred choice for a working group, following sea trials earlier this month.

It beat off competition from six other equipment providers to receive the recommendation.

The Equipment Committee will analyse it before making its own recommendation to the Council.

World Sailing's Para-sport strategy, launched after the sport was axed from the Paralympic Games programme for Tokyo 2020, and its 2021-2028 events plan are also on the agenda for the Annual Conference.