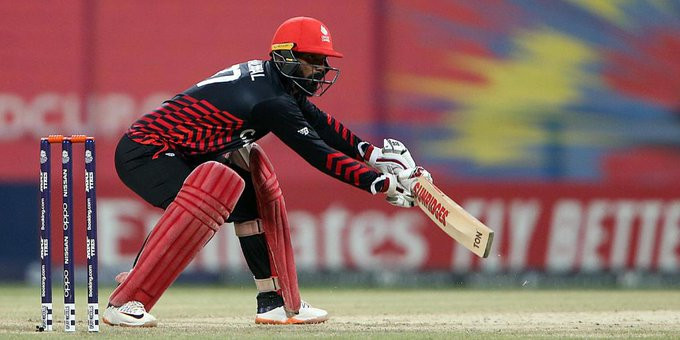 Canada beat Ireland by 10 runs to maintain their 100 per cent record at the International Cricket Council T20 World Cup Qualifier in the United Arab Emirates.

The Canadian side batted first and posted 156-5 from their 20 overs in the Group B encounter at the Zayed Cricket Stadium in Abu Dhabi.

Captain Navneet Dhaliwal top-scored for Canada with 69 from 51 deliveries, while Nitish Kumar chipped in with 53.

Ireland struggled throughout their pursuit of 157 for victory as a combination of poor batting and disciplined bowling meant they fell short.

Paul Stirling started well before he was bowled by Saad Bin Zafar for 23, while fellow opener Kevin O'Brien was out for four.

It set the tone for a disappointing display from the Irish team, whose hopes of qualifying for the T20 World Cup hang in the balance.

71* today for Irfan Karim, carrying his bat through the Kenya innings 👏 👏

Canada are top of Group B with three wins from their opening three matches.

Oman sit second after they thrashed Nigeria by seven wickets at the Tolerance Oval.

In Group A, Kenya triumphed in an entertaining contest with Singapore.

Chasing a target of 158, Kenya's batsmen produced an assured display to secure victory by seven wickets.

Opener Irfan Karim finished unbeaten on 71 and Aman Gandhi reached his half-century before he departed for 50.