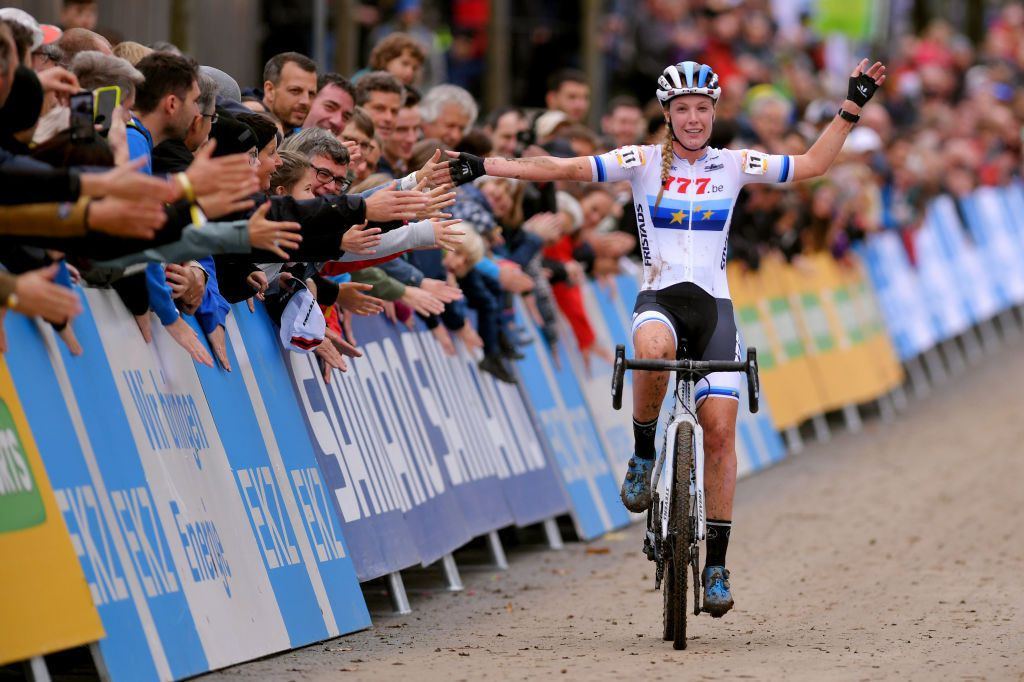 Bern in Switzerland was the setting for the first European leg of the International Cycling Union (UCI) Cyclo-cross World Cup event of the new season, with The Netherlands' Annemarie Worst and Belgium's Eli Iserbyt triumphing on a muddy course.

Worst was in control of the race almost from the gun and the European champion finished in 45 min 27sec, 33 seconds ahead of the runner-up, team mate Ceylin del Carmen Alvarado.

Britain's Anna Kay came through strongly in the second half of the race to finish third - her first time on the podium at this level.

"The World Cup is a target of mine and it's good to kick my campaign this way," Worst told Telenet Sports Play.

Iserbyt, the winner of the first two rounds of the World Cup series in Iowa City and Waterloo, fought with another Belgian, Toon Aerts, through the early laps of the men's event.

The 22-year-old Pauwels Sauzen-Bingoal rider then began to pull clear midway through the race, pedalling relentlessly to his third consecutive victory in 61:26.

Aerts, winner of the overall World Cup series last season, had to settle for the silver medal 35 seconds behind, with Michael Vanthourenhout, also from Belgium, claiming third.

"When I played football I once scored a hat-trick but never in cyclo-cross."

Iserbyt is set to defend his place at the head of the UCI Cyclo-cross World Cup rankings during the fourth round of the series in Tabor in the Czech Republic on November 16.

Mathieu van der Poel, the Dutch rider who won the UCI Cyclo-cross World Championships in Bogense in February, is also expected to take part in his first race of the series in Tabor.