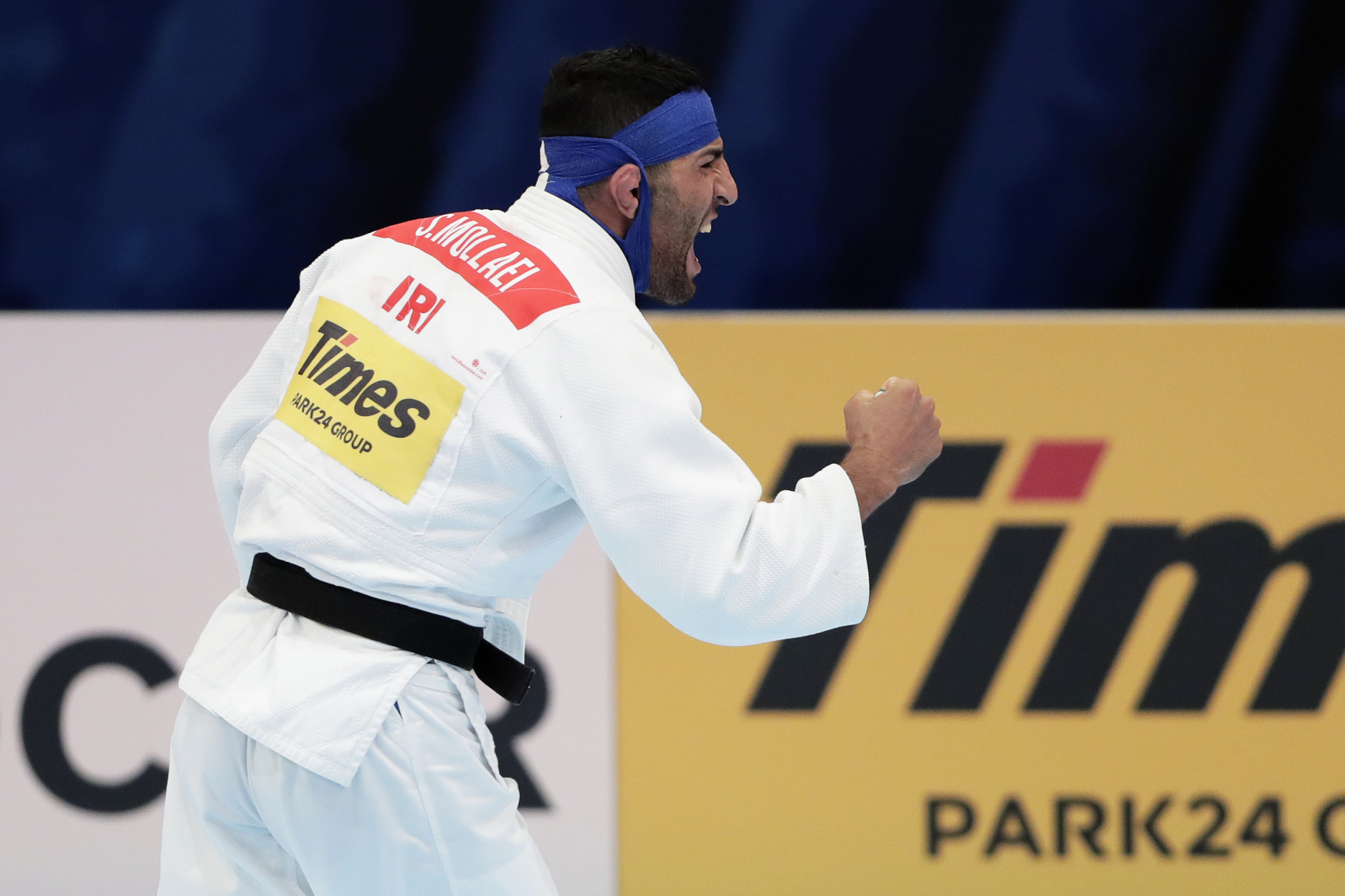 Iran is in danger of missing the judo competition at next year's Olympic Games in Tokyo, after the International Judo Federation (IJF) banned them from events until they give guarantees that they will not boycott matches against Israeli opponents.

A protective suspension was imposed on Iran following pressure applied to judoka Saeid Mollaei at the World Championships in Tokyo in August to avoid facing an Israeli athlete.

The decision to suspend the Iran Judo Federation from all competitions, administrative and social activities organised or authorised by IJF following that incident has now been extended indefinitely.

Iran has been warned the suspension will not be lifted "until the Iran Judo Federation gives strong guarantees and proves that they will respect the IJF Statutes and accept that their athletes fight against Israeli athletes".

Judo is one of Iran's strongest sports and, although they have never won an Olympic medal, they would expect to be strong contenders at Tokyo 2020.

The IJF had previously claimed any measures taken against Iran would not apply directly to Tokyo 2020 because athletes are technically entered by their National Olympic Committees.

But, as reaching Tokyo 2020 depends almost exclusively on world ranking points earned in IJF events, it will be next to impossible for judoka from Iran to qualify.

He potentially could have faced Israeli judoka Sagi Muki in the men's under-81-kilograms event at the World Championships in Tokyo.

"According to Mr Saeid Mollaei's statements, he has been instructed by the Iran Judo Federation's President, the Iran National Olympic Committee's President and the Iran national coach to withdraw from competing to avoid a potential contest against an Israeli athlete during the 2019 Tokyo World Championships," the IJF Disciplinary Commission were told.

Mollaei's claims of intimidation were backed up by Abdullo Muradov, the assistant of IJF competition manager Lisa Allen, who was seconded to help him after he appealed to the world governing body during the Championships.

Muradov, who speaks Farsi, confirmed that Mollaei "clearly confirmed that the athlete received a phone call, from 1st (sic) Deputy Minister of Sport of Iran and a video chat and a phone call from the Iran National Olympic Committee's President asking to the athlete not to fight in order to avoid a contest against the Israeli athlete," the IJF Disciplinary Commission heard.

For years, Iranian athletes have been prohibited from competing in any sport against Israelis.

In May this year, the country's National Olympic Committee signed a letter with the IJF, promising they would "fully respect the Olympic Charter and its non-discrimination principle" in future competitions, although Amiri later made comments to national media suggesting they would go back on this pledge.

Mollaei has since revealed he will seek asylum in Germany, with the IJF offering support.

The Iran Judo Federation claimed that they had never ordered Mollaei not to fight against an Israeli opponent and his allegations were designed to help speed up a change of nationality.

Tehran is expected to appeal against the IJF decision at the Swiss-based Court for Arbitration of Sport.

They have 21 days to file an appeal.

insidethegames has contacted the iran Judo Federation and IOC for comment.