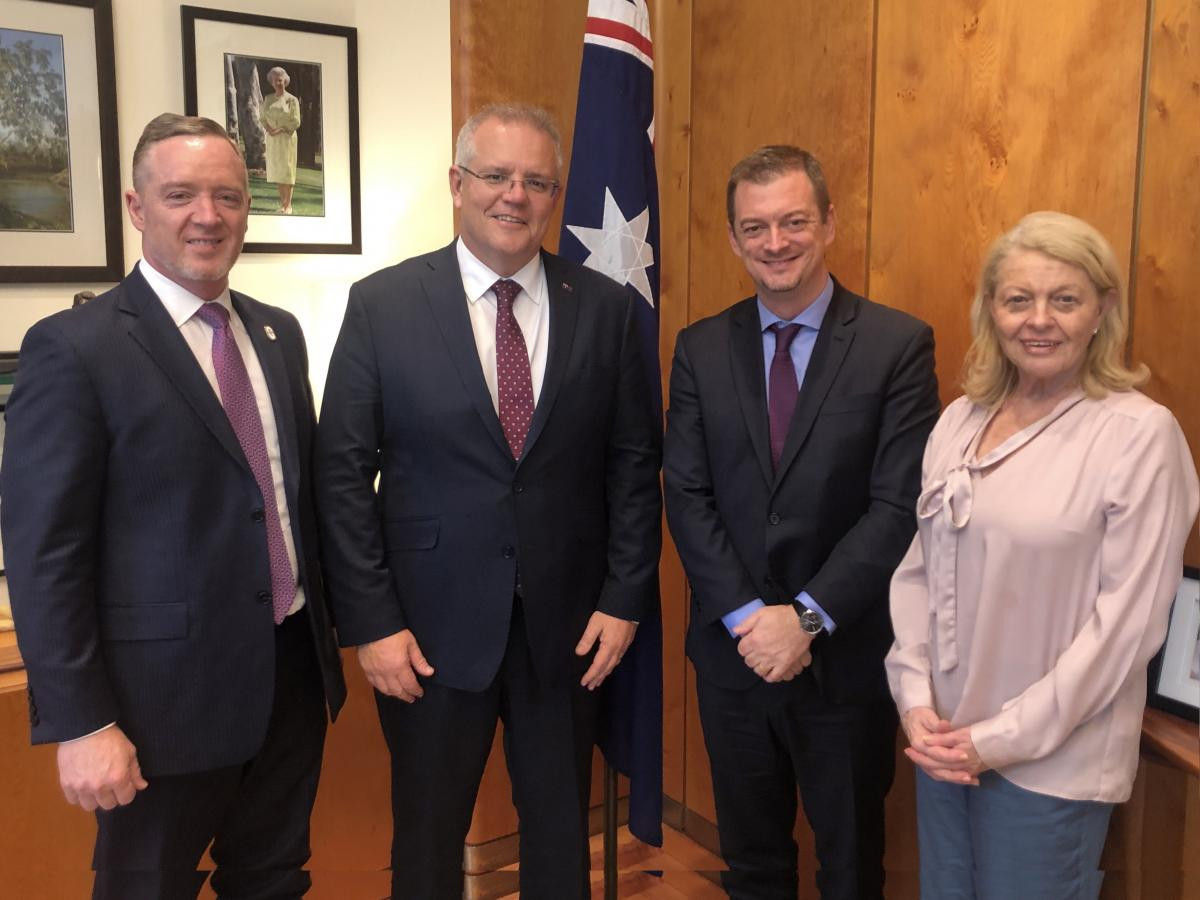 Queensland's potential bid for the 2032 Olympic and Paralympic Games was among the topics discussed during a meeting between International Paralympic Committee (IPC) President Andrew Parsons and Australian Prime Minister Scott Morrison.

The possible candidature for the 2032 Olympics and Paralympics from Queensland was the headline item on the agenda.

Queensland cemented its status as the favourite to land the hosting right for the events following a meeting with the International Olympic Committee in September.

A taskforce is analysing the merits of a potential bid from the Australian state and officials in the region are hopeful the study will be completed next month.

With today marking the anniversary of Sydney 2000, here's Australian Prime Minister Scott Morrison on how the Games influenced him. 🇦🇺 pic.twitter.com/GZUDIrs0DH

The future direction of the Paralympic Movement and the strength of Para sport in Australia were also discussed during the meeting.

It formed part of Parsons' six-day tour of the country, which included a visit to Brisbane for the International Federation for Athletes with Intellectual Impairments (INAS) Global Games.

"It was fantastic to go to Australia and engage with several leading politicians about the strength and opportunities for the Paralympic Movement to make a real transformational difference to the country," Parsons said.

"While in Australia it was an excellent opportunity to take in the INAS Global Games and the World Shooting Para Sport Championships, observe some sensational sport and listen to the views of the athlete community.

"The Paralympic Movement is in extremely good health in Australia and huge credit goes to Paralympics Australia under the leadership of Jock O’Callaghan and Lynne Anderson.

"It is hugely exciting to see the plans Paralympics Australia have in the lead-up to and during Tokyo 2020, to maximise awareness and engagement with their audience."