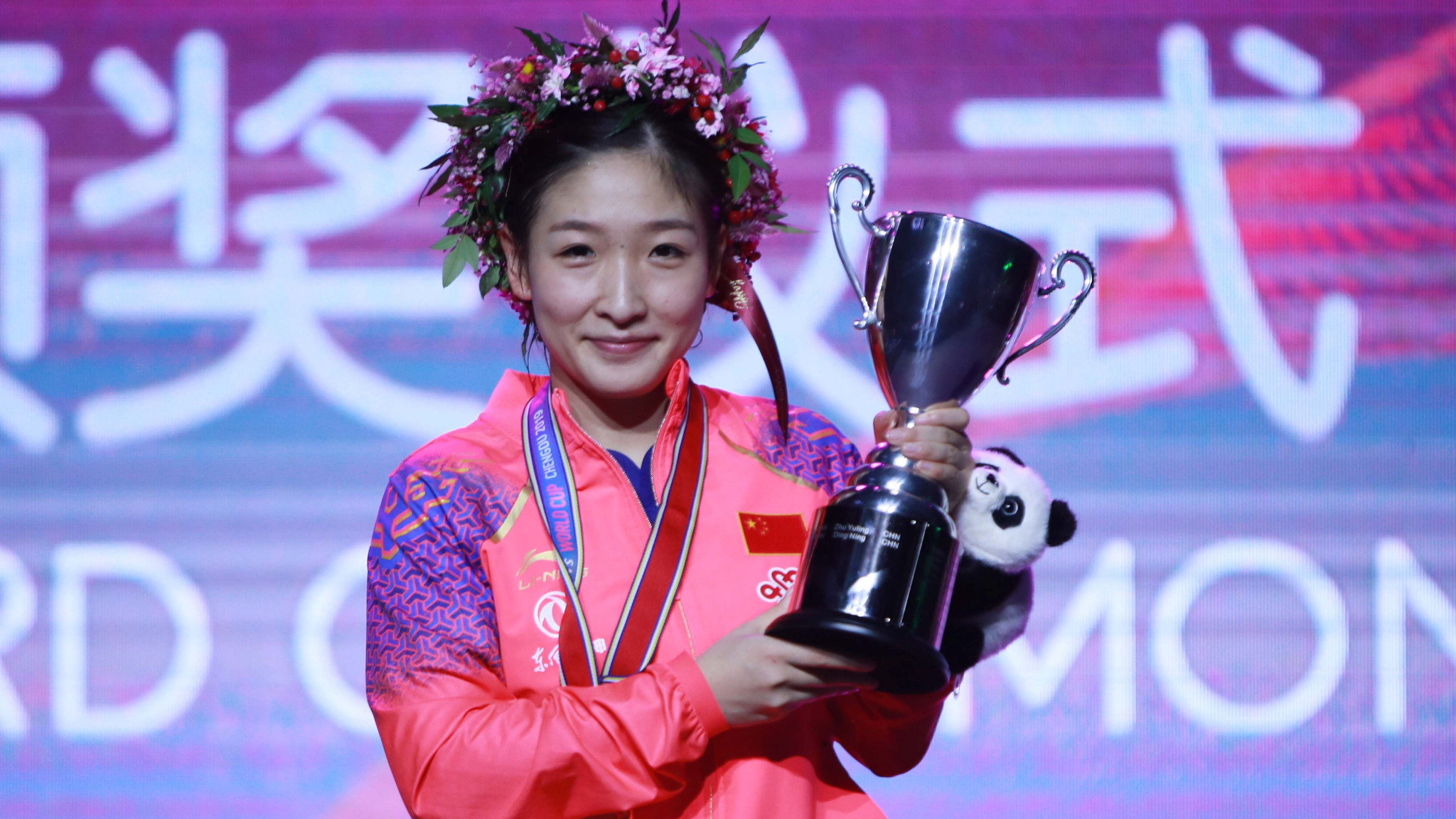 "I was much younger the last four times that I won the World Cup," Liu said.

"This World Cup is the last one before Tokyo 2020, so this title is very special to me.

"I am very happy that I did not give up and still tried my best even when I met some difficulties during the match."

In reaching the World Cup semi-final, the Zhang became the first player born outside of Asia or Europe to do so.

"I am very satisfied with my performance here," said Feng.

"Actually my goal was to reach the top eight, but now I have brought home the bronze medal."