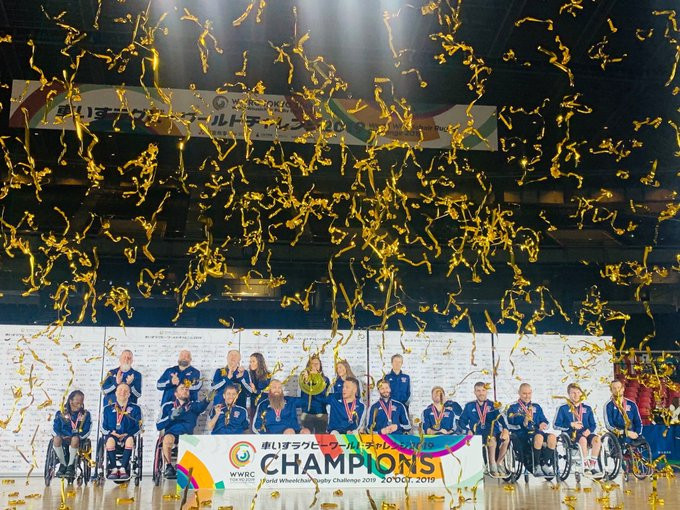 The United States defeated Australia to top the podium at the World Wheelchair Rugby Challenge in Tokyo.

The gold-medal game at Tokyo Metropolitan Gymnasium was a rematch of the final at the 2016 Paralympic Games in Rio de Janeiro, won by Australia.

This time it was the American side that emerged triumphant, despite a closely-contested first half that ended 27-27.

Australia could no longer match their opponents in the second half, with the final score finishing 59-51.

Japan received the bronze medal, delighting the home crowd with a 54-49 victory over Britain.

A Closing Ceremony was then held to mark the end of competition.

Eight of the world's top 10 teams had contested the five-day tournament.