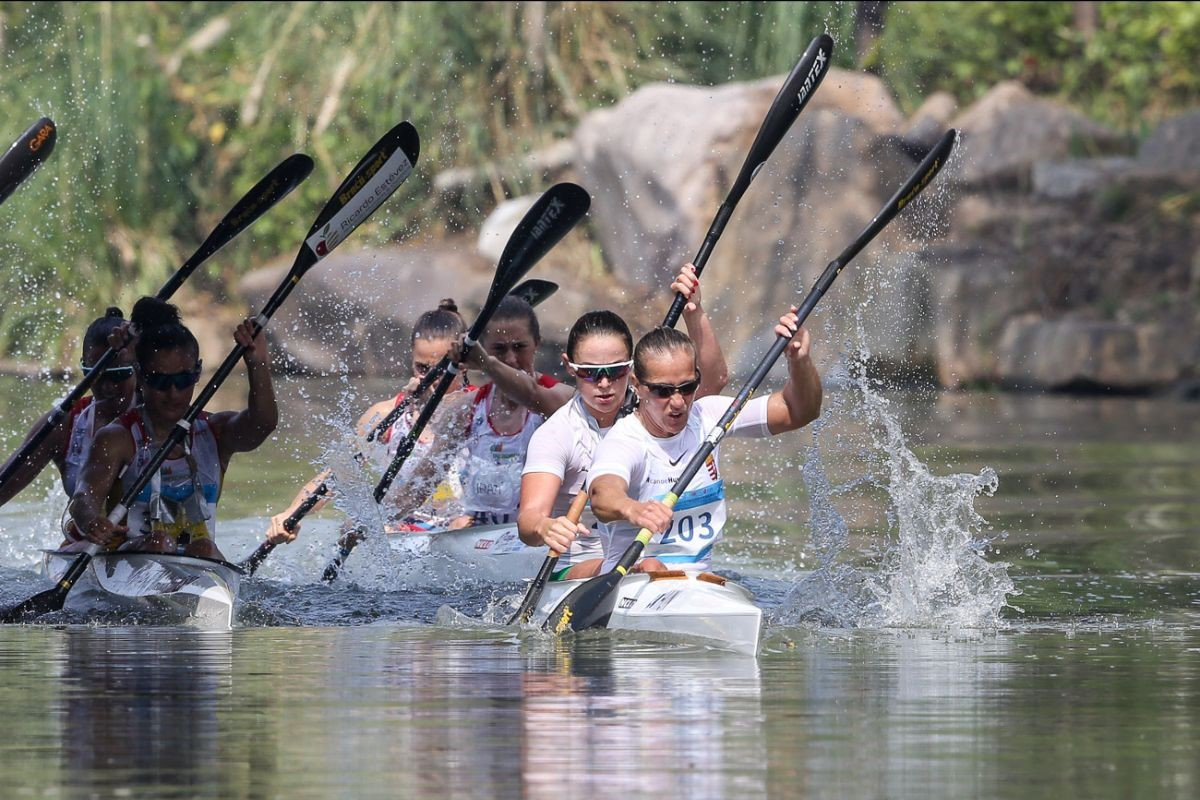 The pair crossed the line in 1 hour 56min 30.22sec, followed by two teams from Spain.

"I'm so thankful that I can still be here," Csay said.

"I don’t know how I keep doing it, I just like paddling.

"I will come back next year."

More history was made in the men's K2 race, with Jeremy Candy and Quentin Urban of France securing their country's first ever gold medal in the discipline.

"We hadn’t had any trouble during the race, so I thought if we came first into the portage it would be a good chance for us to win," said Candy.

"We’ve been training for four years now in marathon, we left sprint because we really wanted to reach this position at least once.

"Of course we will be back."

The final gold medal of these World Championships went to Manuel Campos and Diego Romero of Spain in the men's C2.

Completing the podium was Daniel Laczo and Gergely Nagy of Hungary with 2:00:33.31.