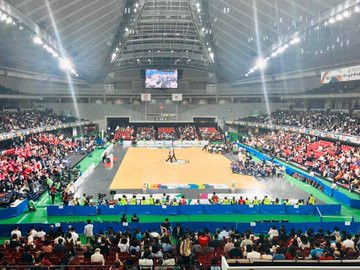 Australia edged past Japan to reach the final of the World Wheelchair Rugby Challenge in Tokyo.

The Paralympic champions triumphed 57-56 in front of a partisan crowd at Tokyo Metropolitan Gymnasium.

They will take on the United States in the battle for gold after the American side narrowly defeated Britain 49-48.

Saturdays action at WWRC in Tokyo includes 2 final placing games (5/6th & 7/8th), and 2 semifinals to determine who plays for gold & bronze on Sunday. Games will be webcast live except JPN v AUS, which will be available later due to TV rights. Tune in at https://t.co/SWzfngGQ77 pic.twitter.com/H8Kk5Kcf6w

The gold- and bronze-medal matches will take place tomorrow when competition concludes.

A Closing Ceremony is then scheduled to mark the end of the tournament, which saw eight of the world's top 1- teams pitted against each other.