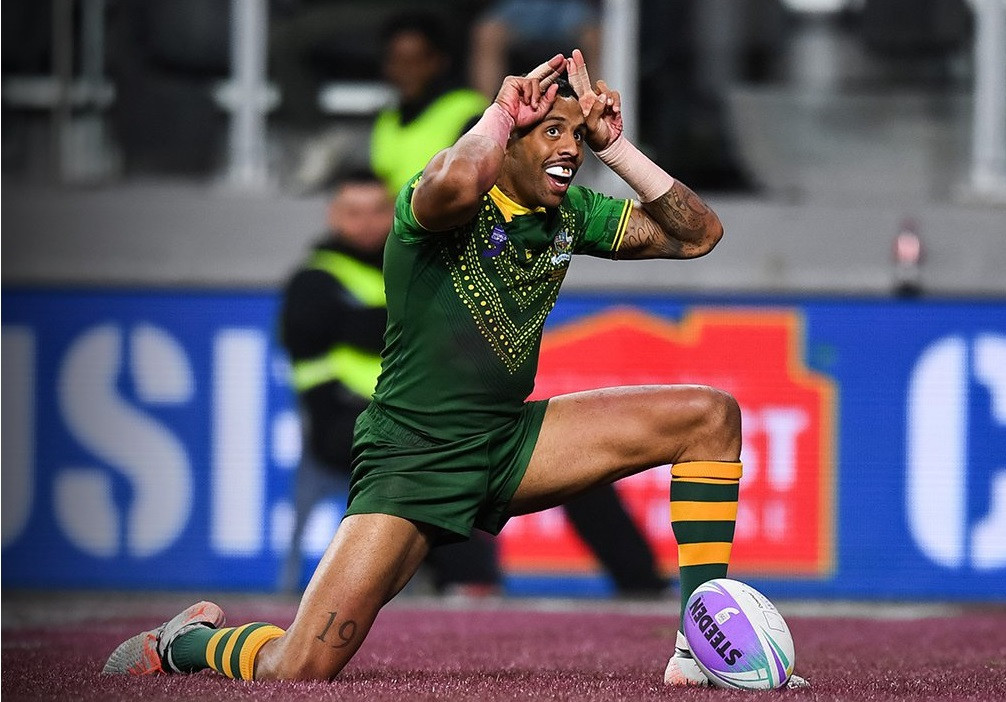 The hosts won 25-12 at the Bankwest Stadium, with Papua New Guinea triumphing 27-10 in the second Pool A match against the United States.

In Pool B, Lebanon edged past France 12-8, before England recorded a more comfortable 25-4 victory against Wales.

In the women's competition, which only features four teams, Australia were again victorious against New Zealand, winning 22-8.

England then managed a 25-4 triumph against Papua New Guinea.

Pool matches continue in the men's event tomorrow, with the semi-finals and gold-medal match later in the day.

The women's round-robin tournament also concludes, with a final set to decide the winning team.