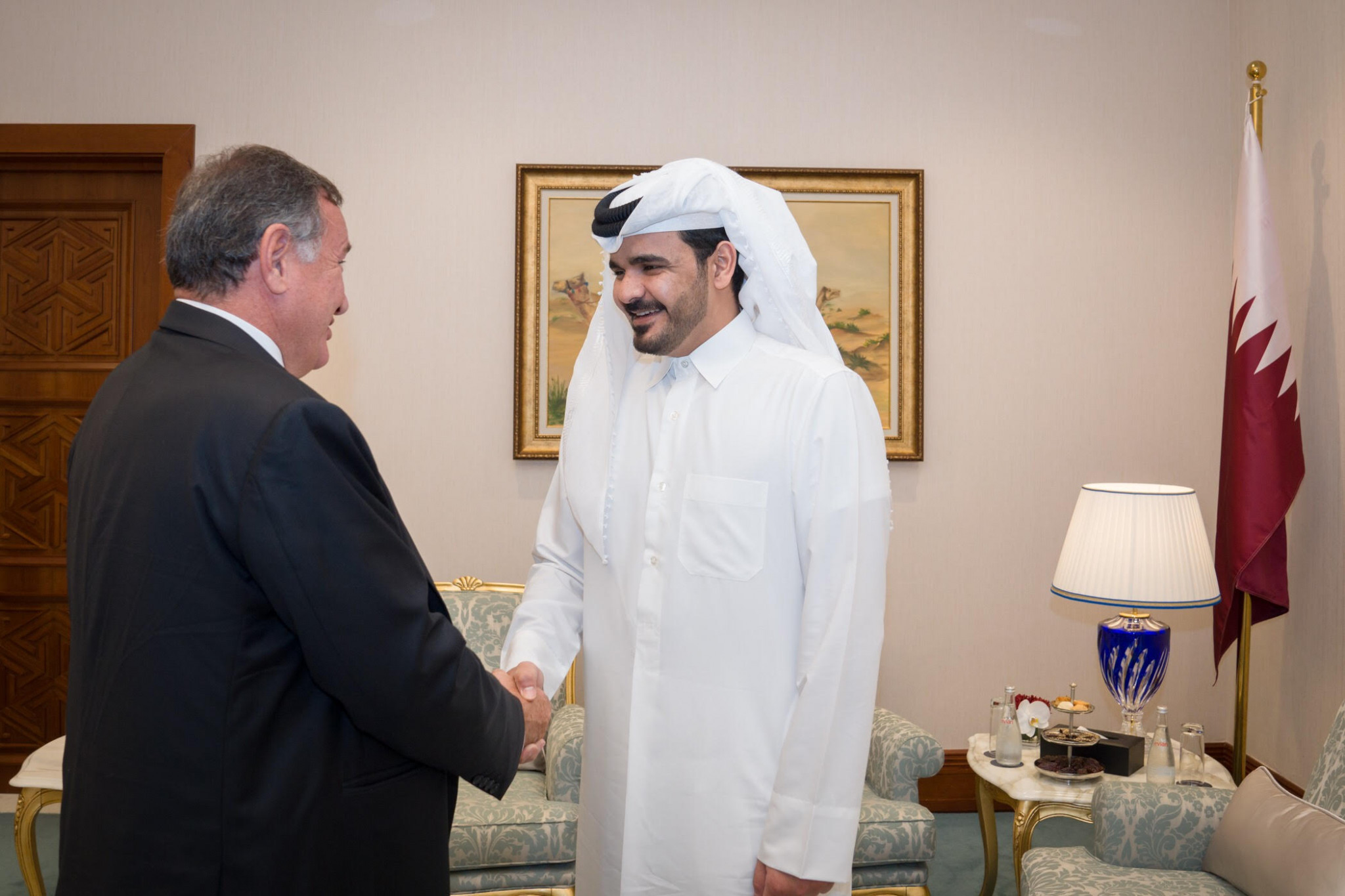 It means they will be able to use the facilities at Aspetar, the state-of-the-art specialised orthopaedic and sports medicine hospital on the complex.

Capralos told insidethegames: "I had the chance to visit and be guided to these facilities and they are outstanding in quality.

"I already had a lot of interest from Greek athletes who would like to come and train in Doha as there are many similarities with the conditions they will face in Tokyo in less than nine months.

‘"Our athletes and their coaches have heard about the conditions and high quality of facilities in Qatar from the numerous Greeks who work in Doha in various sport organisations.

"I can confirm that not only the facilities, but also the people running the venues have a passion and are fully committed for the satisfaction of their clients, the athletes.’"

In return the Qataris are to take part in the "Kids Athletics" initiative programme run by the HOC which gives youngsters the opportunity to try their hand at sport in the historic Panathinaiko stadium in Athens.

They will learn about the first Olympic Games of the modern era which were held in the stadium back in 1896.

"We will be happy to host young children from Qatar and take them through the programme which is held in the Panathenaic Stadium.

"In addition, a visit to Olympia and our facilities in the International Olympic Academy, is also envisaged.

"This will be an introduction to the Olympic values and ideals at the place where the Olympics were born."

Sheikh Joaan was also invited by Capralos to attend the Lighting and Handover ceremonies of the Olympic Flame for next year's Olympic Games in Tokyo.