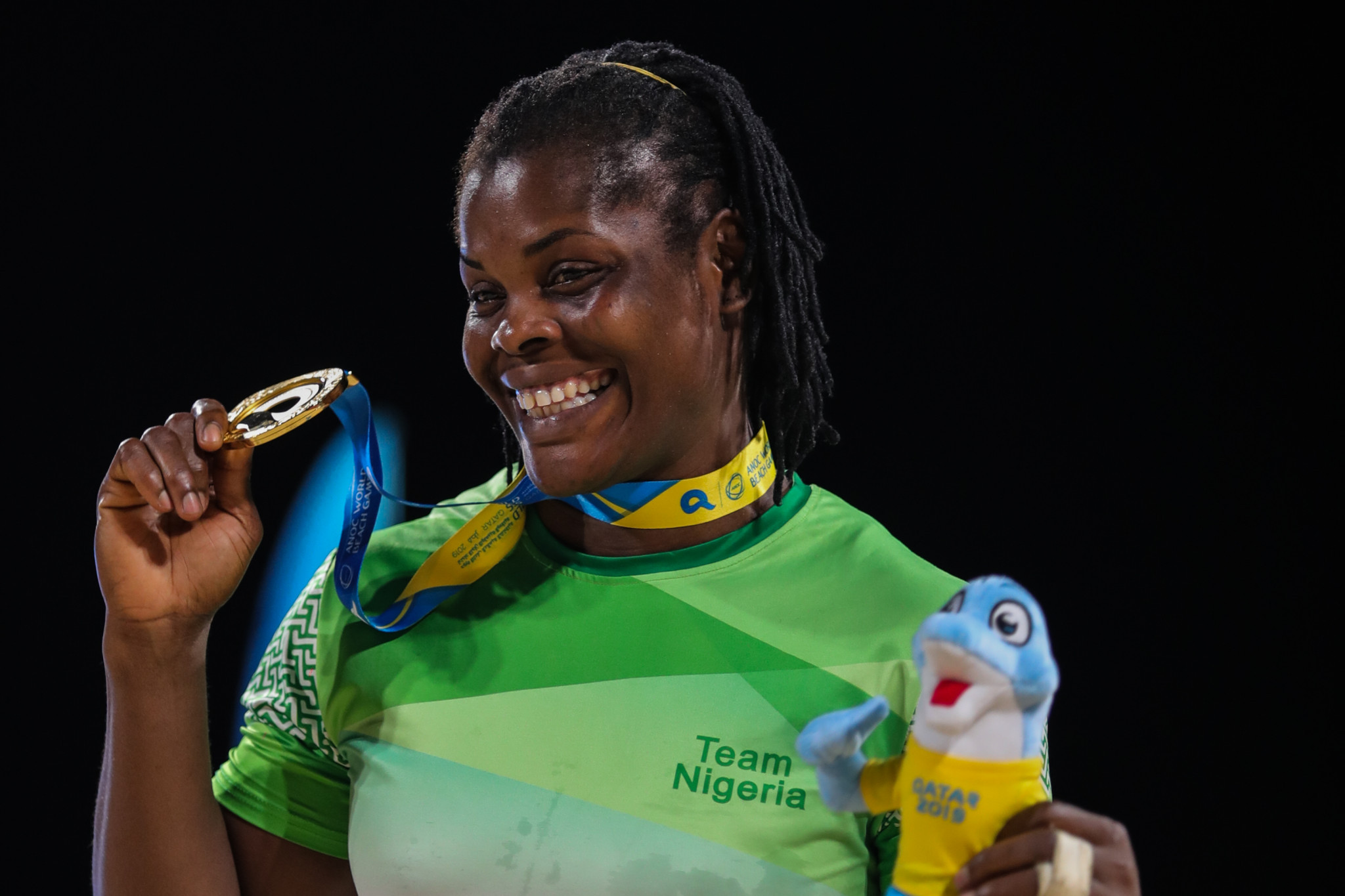 Onyebuchi had scored the first two points of the fight but the two were all square as they entered the closing stages of the fight before a final throw gained her victory.

"I was concerned when it got to 2-2 and I was scared that I might lose the fight but something inside me said, 'Don't worry keep going you can do it'.

"My coach called out go to your attack.he said, 'Blessing you can do it'.

"That was my motivation and I went on.

"I love wrestling on the beach and if it were in the Olympics I would be happy."

It finished 0-0 but Indelicato was given the verdict.

"I am very proud of this medal," she told insidethegames.

"I am too much emotion, maybe tonight I am going to sleep with my gold medal.

"I won't take it off tonight or tomorrow because this is so important because I worked so hard for this medal.

"Last year at the World Championships I won a silver medal but now I am the 'Queen of Sand'."

Shauna Kemp of the United States was the bronze medallist.

"He is very difficult opponent and I had lost to him before but this time I was able to beat him," Khutsishvili said.

"This is everything for me.

"It is all I can do for my country is to wrestle well.

"That is why I do my best to represent my country in the best way."

In the over 90kg Pouya Rahmani of Iran was a convincing 3-0 winner over Turkey's Ufuk Yılmaz.

"Because it was a final, it was not actually easy, but it was easier than my first contest against him," Rahmani said.

"I watched the video of our previous match so that we could do some analysis and look at the techniques to fine tune the strategy and this helped me decide how to wrestle.”

Mamuka Kordzaia of Georgia took away the bronze medal.