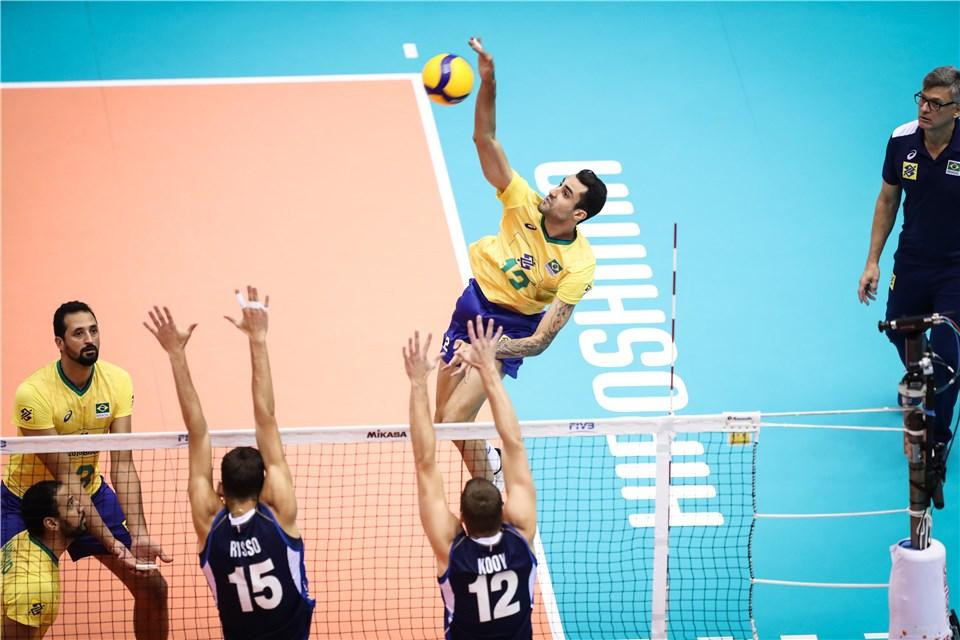 Having been crowned winners of the 12-team tournament before the final day, Brazil only had their perfect record to play for against Italy the Hiroshima Prefectural Sports Center.

The formidable performance from the Brazilian team sent a warning to the rest of the world as they continue preparations for next year's Olympic Games in Tokyo, where they will defend their title.

It was a huge victory of Poland 🇵🇱 over Iran 🇮🇷 in straight sets that ended the #FIVBWorldCup for both of them! Enjoy the best of the match, here 👇

Poland clinched silver after they finished second following a straightforward 25-18, 25-18, 25-16 win over Iran.

Poland ended the tournament with 28 points, one ahead of the US in third.