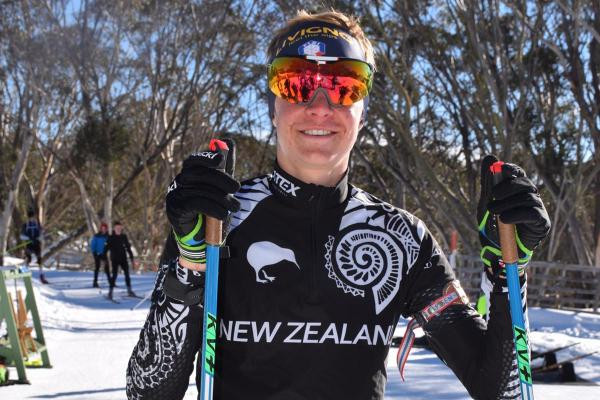 The 17-year-old from Lake Hāwea is the first athlete to be selected for the team, which will contest the Winter YOG from January 9 to 22.

Wright will compete in both the 7.5 kilometres sprint distance and the 12.5km individual distance.

"I’m pretty happy to say the least," he said.

"It’s going to be awesome to be part of the New Zealand team and I can't wait to compete in Lausanne."

Wright, a student at Mount Aspiring College, began cross-country skiing at a young age and started competing in biathlon in 2017.

"I liked cross-country skiing and so my coach Luca Boromilili basically just said why don’t you have a go at biathlon and it went from there," he said.

"I'm stronger at the skiing so I'm working hard to improve my shooting.

"The trick is not to overcook yourself before you get to the range.

"You need to chill and get your heart rate down before you start trying to hit the targets."

When in New Zealand, he trains at Snow Farm in Cardrona and gets a real buzz from the sport.

"It's definitely unique and I get a pretty awesome feeling when I'm out there doing it."

Wright was named Snow Sports New Zealand cross-country skier of the year in 2016.

Earlier this year, he placed third in his age group at the Alpencup in Ridnaun in Italy.

It was the first time a biathlon athlete from New Zealand had been on the podium at a major European biathlon event.

"Campbell has put in a lot of hard work to reach this point - he leaves for Italy later this week and will be continuing to train rigorously in the build-up to the Games," she said.

"We look forward to seeing him represent New Zealand in Lausanne in January."

Angus Cagney has been conditionally selected as a non-travelling reserve.

Around 15 athletes from New Zealand are expected to compete at Lausanne 2020.

Eleven athletes from the country competed at the previous edition of the Winter YOG, held in Lillehammer in 2016.

Four of those athletes went on to compete at the Pyeongchang 2018 Winter Olympics.