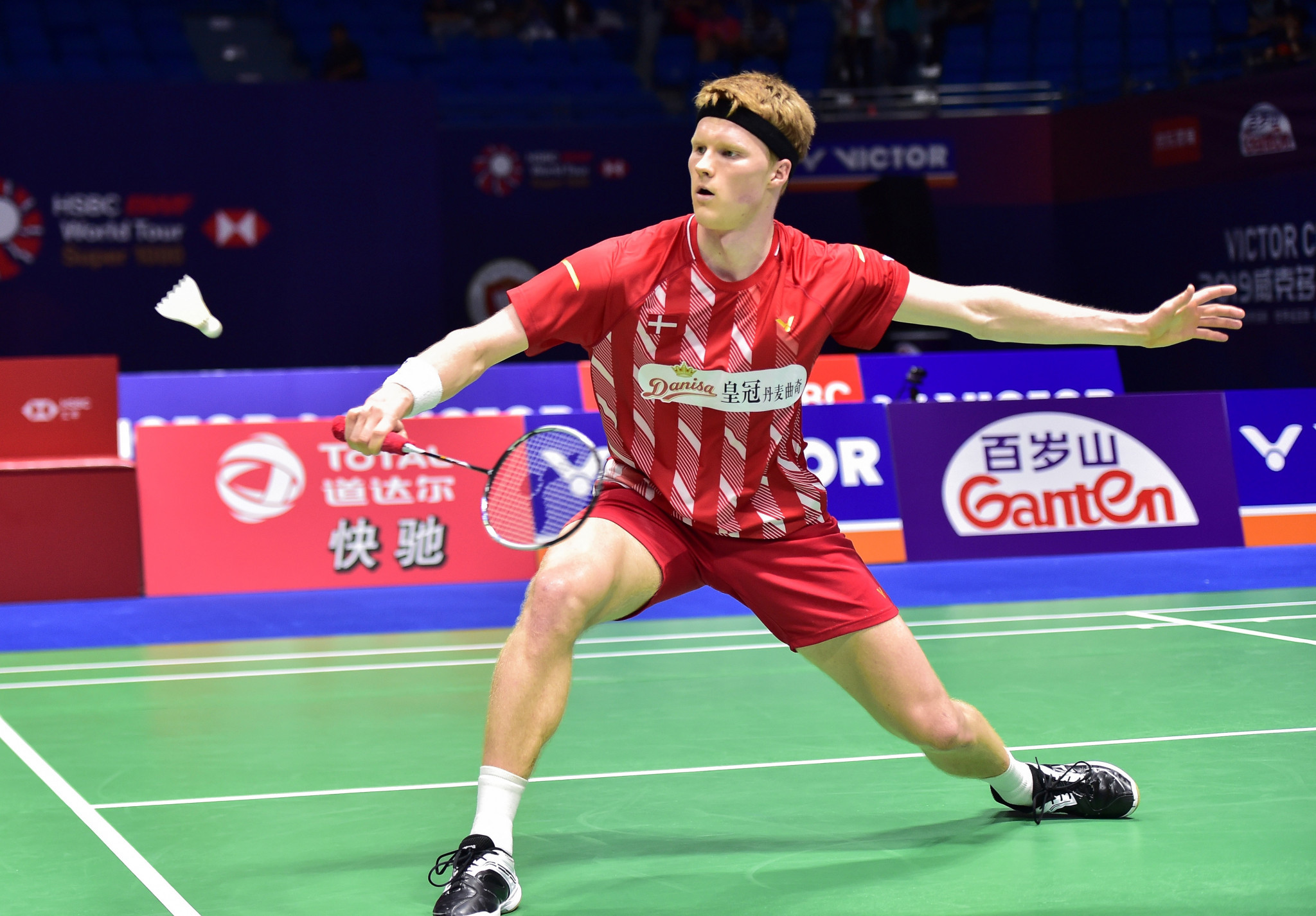 The 22-year-old European Games winner was a surprise finalist at the World Championships in Basel in August, where he was blown away by Japan's Kento Momota 21-9, 21-3.

He is the fourth seed for his home tournament at Odense Sports Park and will aim to become the first Danish winner since Jan Ø. Jørgensen in 2010.

Antonsen will begin in round one against India's Srikanth Kidambi but Momota will again be his biggest foe.

The Japanese world number one is the top seed and heads to Odense after back-to-back tournament wins at the China Open and Korea Open.

Momota also won in Denmark last year and will meet Wong Wing Ki of Hong Kong in round one.

Denmark could also look to seventh seed Viktor Axelsen, the 2017 world champion who returned to badminton in September after an injury lay-off since July.

He will play Kenta Nishimoto of Japan in his first game, with China's reigning Olympic champion and fifth seed Chen Long handed a clash against Malaysia's Lee Zii Jia.

In the women's draw, Japan's Akane Yamaguchi starts as top seed and has been drawn against Hong Kong's Cheung Ngan Yi.

No Danish players are among the women's seeds and the hosts have not won the event since Tine Rasmussen's victory in 2009.

The event is a Super 750 tournament on the Badminton World Federation World Tour and runs until Sunday (October 20).