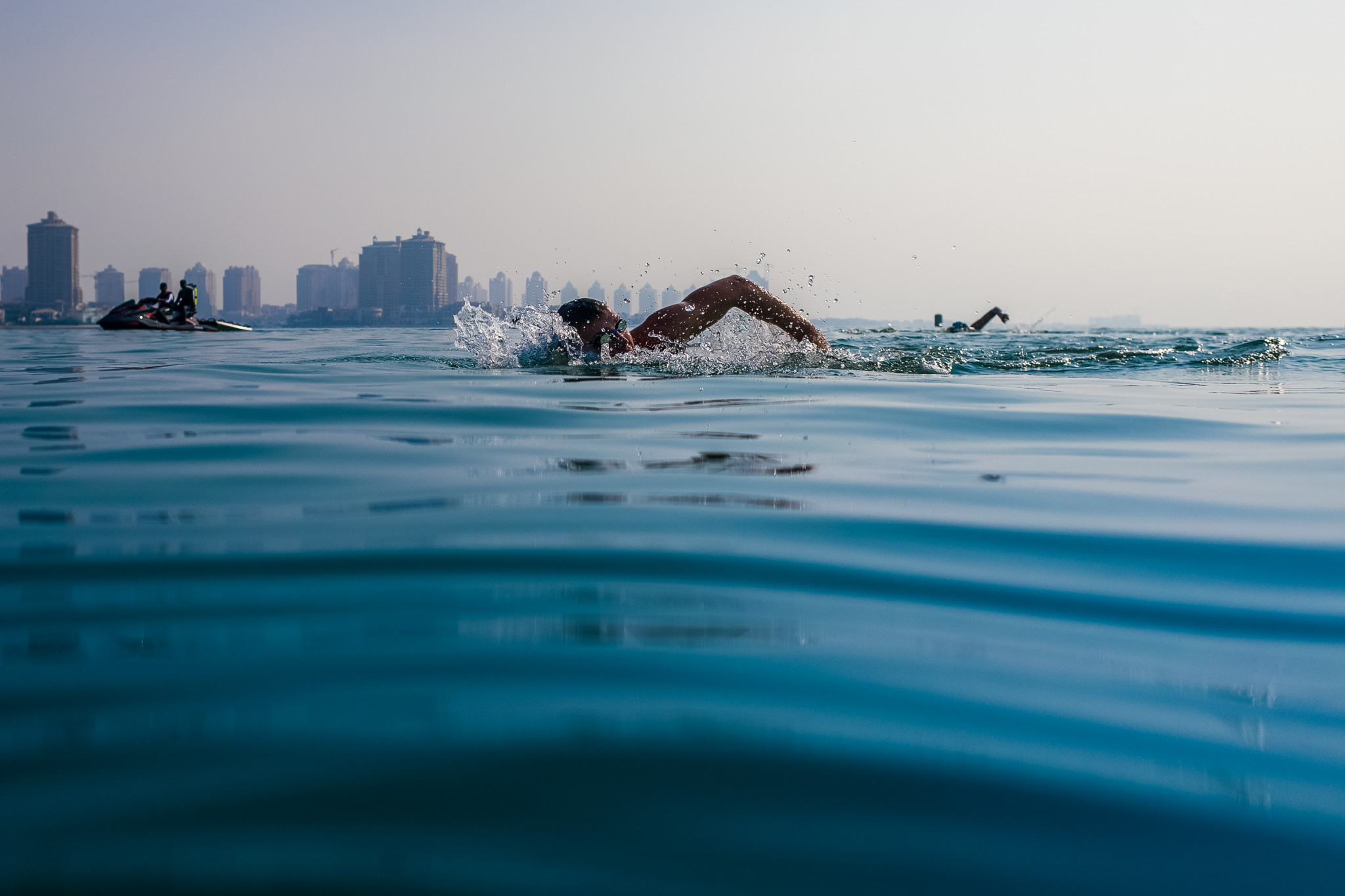 The local organisers of this debut event have set start times at Katara Beach of 6am for the men’s 5km race and 6.05am for the women’s in order to mitigate the effects of heat and humidity.

The other finals due to take place tomorrow will be in the women’s and men’s individual kata karate discipline, starting at Katara Beach at 4.15 and 4.22pm respectively.

Rasovsky, 22, became the first Hungarian to win an open water world title when he finished more than 10 seconds clear in the final at Gwangju in South Korea.

That performance backed up his win over the same distance at the previous year’s European Championships, and it was followed by a heart-warming occurrence that made the headlines for the young swimmer back in his home country.

According to hungarytoday.hu Rasovszky championed the Sudanese swimmer who had finished 12 minutes behind him in 61st and last place, Mohamed Ibrahim, lending him his gold medal when they had their picture taken together.

When a Brazilian journalist discovered that Ibrahim had arrived at the International Swimming Federation (FINA) World Aquatic Championships at 3am, having paid for his own plane tickets he asked the newly installed champion to have a word with the Sudanese arrival.

Rasovsky did so, putting his medal temporarily around Ibrahim’s neck and saying: "Anyone who competes here and finishes the distance is a champion, regardless of placement.

"You’re a champion too!"

Rasovsky will have his work cut out, however, as the field here includes five others from the top 10 in the World Championships final,

The beach kata karate competition will proceed with a second round tomorrow, prior to the gold and bronze medal contests.

All eyes in the men’s competition will be on Spain’s multiple European champion Damian Quintero, who topped the first-round standings in his group by scoring 25.94 points.

The top four athletes in each group have progressed to the second round of competition.

Her score of 26.48 points was the highest across women’s qualification.

America's Jessica Kwong won Group A with 24.54 points, while Italy’s Terryana D’Onofrio topped Group B on 25.26.