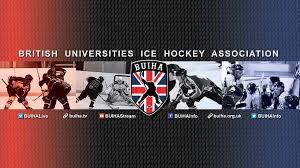 The British Universities Ice Hockey Association (BUIHA) has named its coaching staff for the 2021 Winter Universiade in Lucerne and launched a call for players to represent the nation at the event.

Peter Winn will lead the men's team and be assisted by former Latvia internatonal Janis Krogzems.

Ryan Rathbone, head of international programmes at the BUIHA, will continue his role as head coach of the women's squad, with ex-British ice hockey player Ali Emery serving as assistant.

"Someone of Pete’s calibre is exactly what the programme needs," said Rathbone.

"He has been involved in the sport for a long time and he has a wealth of knowledge that will be invaluable to the programme.

"Adding Janis to the mix with his international experience, I believe we have a strong coaching staff in place to support our ambition of being able to compete on the international stage.

"I am pleased they both accepted the roles and look forward to working closely with them to build a strong British men’s team in preparation for the 2021 Universiade."

The BUIHA is also appealing for players to compete at the 2021 Universiade in the Swiss city.

Prospective players must be at least 18 and no older than 25 years of age on the December 31, 2021 in order to be eligible.

They must also be studying or have graduated from a recognised academic institution and received their degree or diploma in the year preceding the event.

Players are expected to attend regular training camps, which consist of on-and-off-ice activities.

Five are provisionally scheduled to take place at Ice Sheffield between this month and December.

The first is due to be held on Wednesday (October 16).