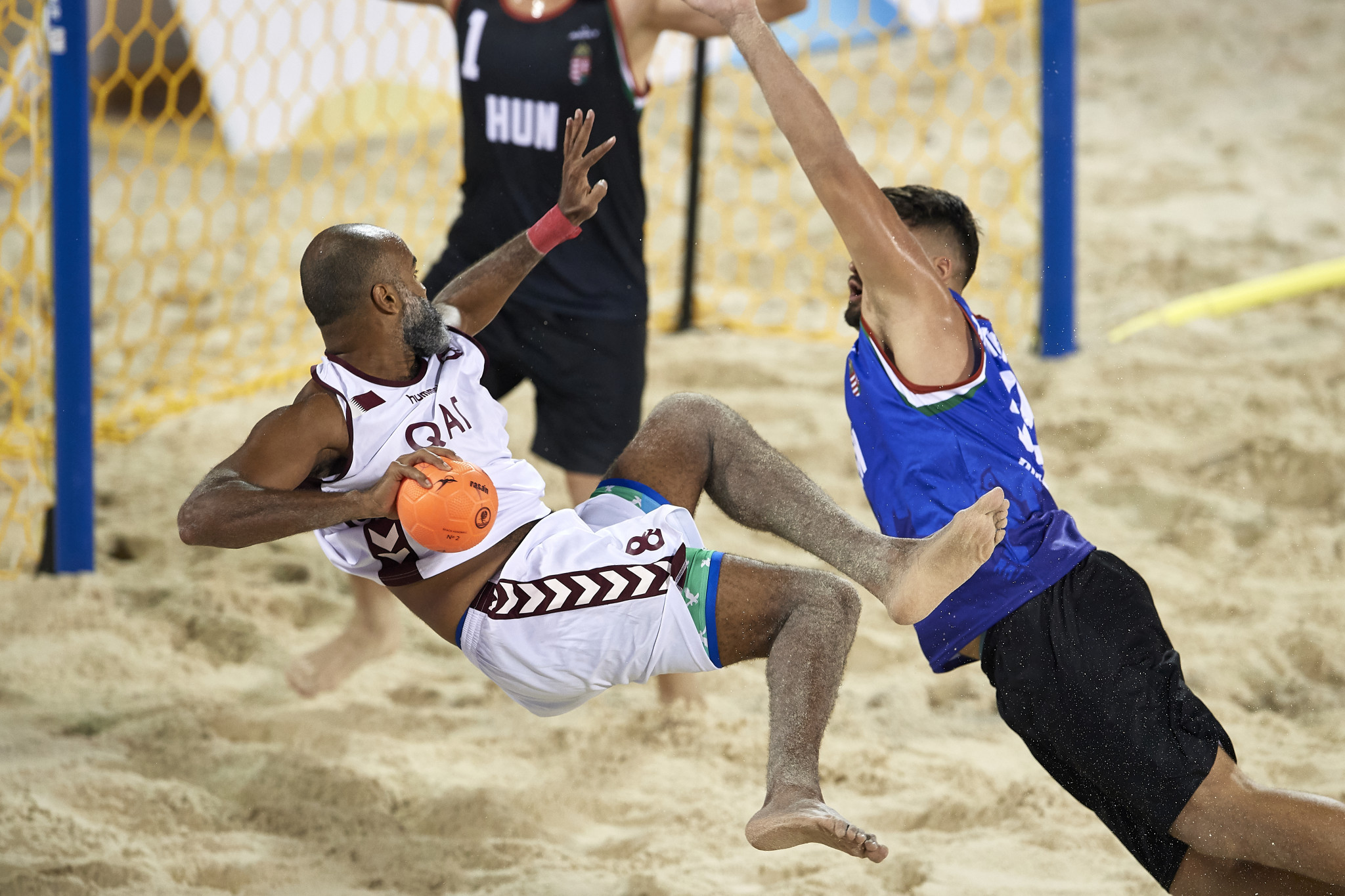 Hosts Qatar enjoyed a fine start to the men's beach handball tournament at their home Association of National Olympic Committees World Beach Games here by winning both of their matches in Group B.

The home side saw off Croatia and Hungary at the Al Gharrafa Beach Venue with both of their wins coming via penalty shootout.

Qatar had to fight hard for both wins, losing the first set on each occasion before recovering to win 2-1.

"And especially shots that can settle the score.

"I did it before and I had the opportunity to do it here."

Spain saw off both Uruguay and Tunisia 2-0 and also boast an unbeaten start in Group B.

Hungary did beat Tunisia 2-0 while Croatia beat the Uruguayans by the same score.

In Group A, Sweden, Brazil and Denmark all won both of their matches as United States, Australia and Oman were all beaten twice.

Hungary started well in Group A of the women's tournament as they beat Tunisia and the US, both 2-0

Brazil matched that record with 2-0 wins of their own over Argentina and the US.

Argentina saw off Denmark 2-0, with the Danes winning by the same margin against Tunisia.

In Group B, Greece and Spain started perfectly.

The Greeks won 2-0 against Australia and China, with Spain claiming a 2-0 win against the Chinese and a 2-1 success over Vietnam.

There was a 2-1 win for Vietnam against Poland, who themselves beat Australia 2-0.

Beach soccer was the only other sport to see action today with the Opening Ceremony scheduled for tomorrow.

In the men's event at Katara Beach, Brazil thrashed Morocco 9-1 in Group A and Switzerland sneaked past United Arab Emirates 10-9.

Japan saw off Uruguay 7-2 in Group D and there was a 4-2 win for Russia over El Salvador.

The women's competition saw a 9-1 win for Spain over Mexico in Group A, where Brazil beat Cape Verde 7-2.

Great Britain beat Paraguay 5-4 in Group B with Russia beating the US 3-1.

Competition is due to continue tomorrow in four sports before these new Games are officially opened in the evening.