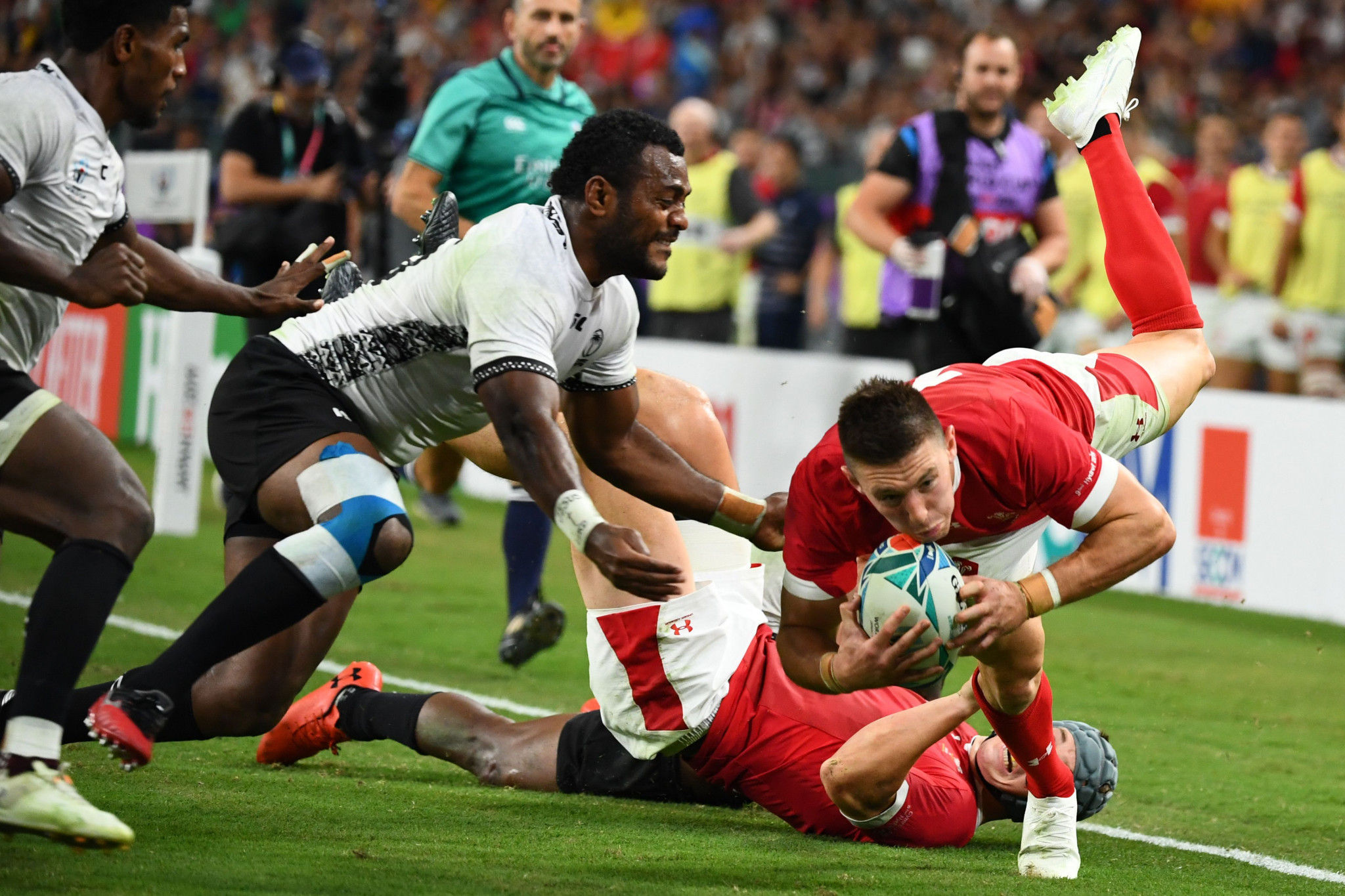 Wales hung on to defeat brave Fiji 29-17 in a game that had it all at the Rugby World Cup in Japan.

The inconsistent Fijians were stunned by Uruguay 30-27 earlier in the tournament, but showed Wales why they're the most gifted team on the planet on their day at Oita Stadium.

From the first minute they were aggressive, playing at high speed, with wingers Josua Tuisova and Semi Radradra unstoppable at times.

It was no surprise when Tuisova crossed for the first try of the game in just the fourth minute, barging away three tacklers like a bulldozer.

Staring at a 10-0 deficit, Wales finally clicked into gear, and a yellow card for Tevita Cavubati for a clearout shoulder charge certainly helped the men in red.

One minute later, a cross-field kick from flyhalf Dan Biggar was perfect for wing Josh Adams to put them on the board - Biggar adding a lovely touchline conversion.

Another Fijiian yellow card, on the half hour, for Semi Kunatani left them stretched at the back.

Adams took advantage with his second try in the 31st minute to give Wales a scarcely deserved 14-10 halftime lead.

But Fiji just kept on coming, and another yellow card was issued by French referee Jerome Garces, to James Davies of Wales for not moving away.

This was the catalyst for the Pacific Islanders to control the game for a spell, leading to a penalty try after Wales collapsed the maul - suddenly the northern hemisphere favourites were 17-14 behind.

A sickening collision between Biggar and Liam Williams left the flyhalf dazed, and he was given a huge ovation as he left the field for Rhys Patchell.

The replacement didn't have long to settle, coolly slotting home a penalty to make the score 17-all.

The Fijians were visibly tiring and an outstanding break from Jonathan Davies saw an offload to Adams, who finished brilliantly in the corner for his hat-trick.

Liam Williams rounded off the try-scoring with 10 minutes left to guarantee a bonus point and quarter-final spot for the Welsh.

But with numerous injuries and a disjointed performance, they’re likely to make changes for the final pool game against Uruguay on Sunday (October 13).

In Pool D, Scotland finally clicked into gear, running in nine tries in a 61-0 rout of Russia at Shizuoka Stadium Ecopa.

The victory sets up a mouth-watering, winner-takes-all clash with Japan on Sunday.

The other game today saw Argentina defeat the United States 47-17 in Pool C - neither side can qualify for the quarter-finals.

Tomorrow is a tournament rest day.