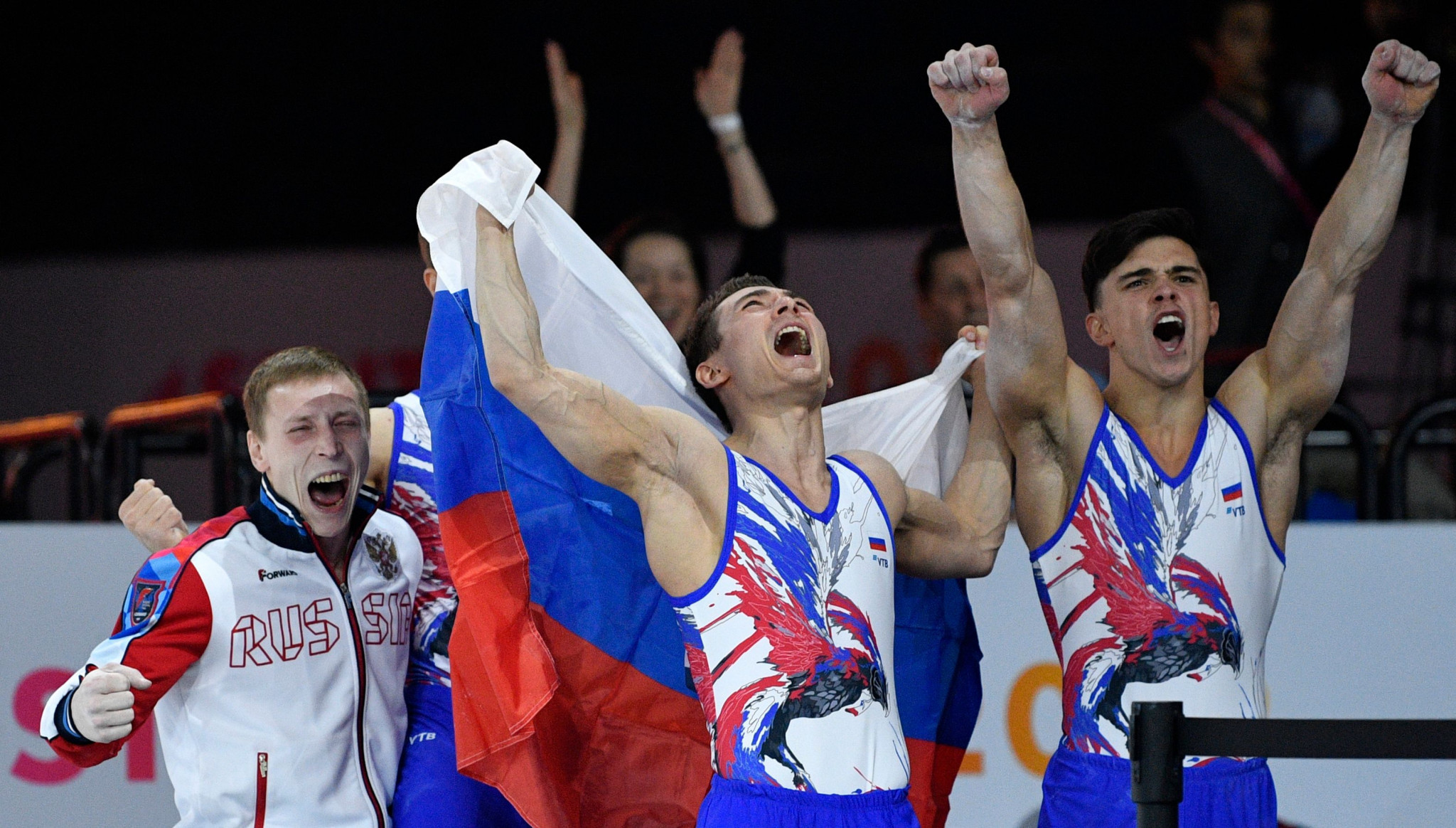 China won the 2018 World Championship title by just 0.049 points from their Russian rivals, and there was another nail-biting conclusion at Hanns-Martin-Schleyer-Halle in the German city.

After three rotations, it was a young Japanese squad that led the way on 130.705 points, with China in second on 130.482 points and Russia third, a further point adrift.

The battle for gold became a two-horse race when Russia and China raised their game on vault.

Nikita Nagornyy had topped the rankings in the men's all-around qualifications and he vaulted to 15.033 points as Russia piled on the pressure.

At the end of the fifth rotation it was China who edged ahead, Zou Jingyuan pulling out all the stops as he sought to defend the 2018 gold.

With both teams taking to the horizontal bar in their final bids for gold, it was China who buckled under Russian pressure.

Sun Wei slipped off the bar to collect 12.766 points and that was all the encouragement Russia needed.

Ivan Stretovich followed with a 14.666 routine before Artur Dalaloyan backed it up with 14.366 points.

Lin Chaopan scored 14.500 points to put the pressure back on Russia, with one slip on the final performance proving costly to their golden bid.

But Nagornyy stepped up and scored 14.466 points, as Russia turned the tables on China for a maiden men's team World Championship gold - a winning margin of just 0.997 points.

Japan completed their rotation to claim a second successive bronze medal on 258.159 points.

The top three were in a different class to the rest of the field, as the United States finished fourth on 254.578 points, while Britain and Chinese Taipei finished fifth and sixth, respectively.

Switzerland and Ukraine placed seventh and eighth, with all eight finalists having secured their tickets to the Tokyo 2020 Olympic Games earlier in the week.

The World Championships continue tomorrow when US gymnast Simone Biles will bid for a 22nd world medal in the women's individual all-around competition.