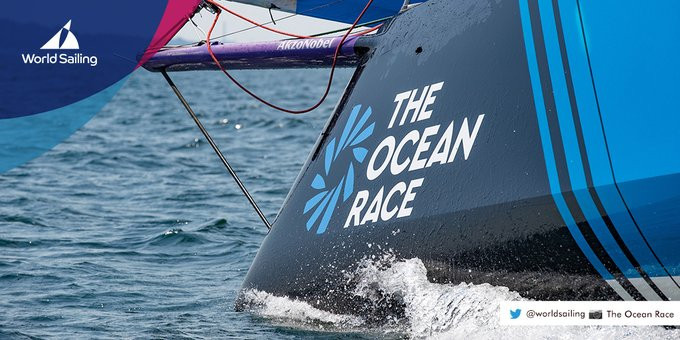 This ensures that World Sailing formally recognises and sanctions the global event, which claims to be the toughest test of a team in sport.

The 2021-2022 edition of The Ocean Race will see two classes of boats competing for the first time in 25 years: the high-tech, foiling International Monohull Open Class Association 60 class, along with the one-design Volvo Ocean 65 fleet that produced record-breaking performances and close competition in the last edition.

The Ocean Race is scheduled to start from its home port in Spanish city Alicante in the fourth quarter of 2021 and finish in Genoa in Italy in the early summer of 2022.

The host city procurement process for the next edition is coming to a conclusion with the sailing hot spots of Aarhus in Denmark and The Hague in The Netherlands already confirmed as host cities, along with Cabo Verde, the first West African stop in the history of The Ocean Race.

The next two editions of The Ocean Race will be held under World Sailing's Racing Rules of Sailing and Regulations, with the international governing body administering the anti-doping rules and supporting the race officials overseeing the event.

Furthermore, World Sailing will support The Ocean Race with promotional and marketing activities.

"The Ocean Race has continuously inspired millions with its innovative approach to presenting sailing and telling some of the most compelling narratives in worldwide sport," World Sailing President Kim Andersen said.

"We're excited about working with The Ocean Race over the next seven years and showcasing the event to an expanding audience and inspiring millions more people to fall in love with sailing."

Phil Lawrence, race director of The Ocean Race, added: "The Ocean Race has a proven tradition towards encouraging youth participation and mixed crews and we are pleased to continue our work with World Sailing to ensure the race will continue to hold a leadership position in these initiatives, as well as ocean health and sustainability."

The Ocean Race's award-winning sustainability programme, in collaboration with premier partner 11th Hour Racing and with the support of official partner Bluewater, has been widely recognised as setting the standard in the industry.

In April, the event saw off tough competition to scoop a pair of prizes - the sustainability and social development award and the cutting edge sport award - at a star-studded BT Sport Industry Awards ceremony in London.

World Sailing has set ambitious plans as part of Sustainability Agenda 2030, which outlines the sport's contribution to global sustainability.

The Ocean Race has committed to delivering the requirements of World Sailing's Special Event Sustainability Charter.

This will see The Ocean Race working towards aligning the next two editions with the key principles of Sustainability Agenda 2030 and expanding what is said to be an already successful sustainability programme.

The Ocean Race is one of six sanctioned World Sailing Special Events, and the exclusive team-based around the world race.