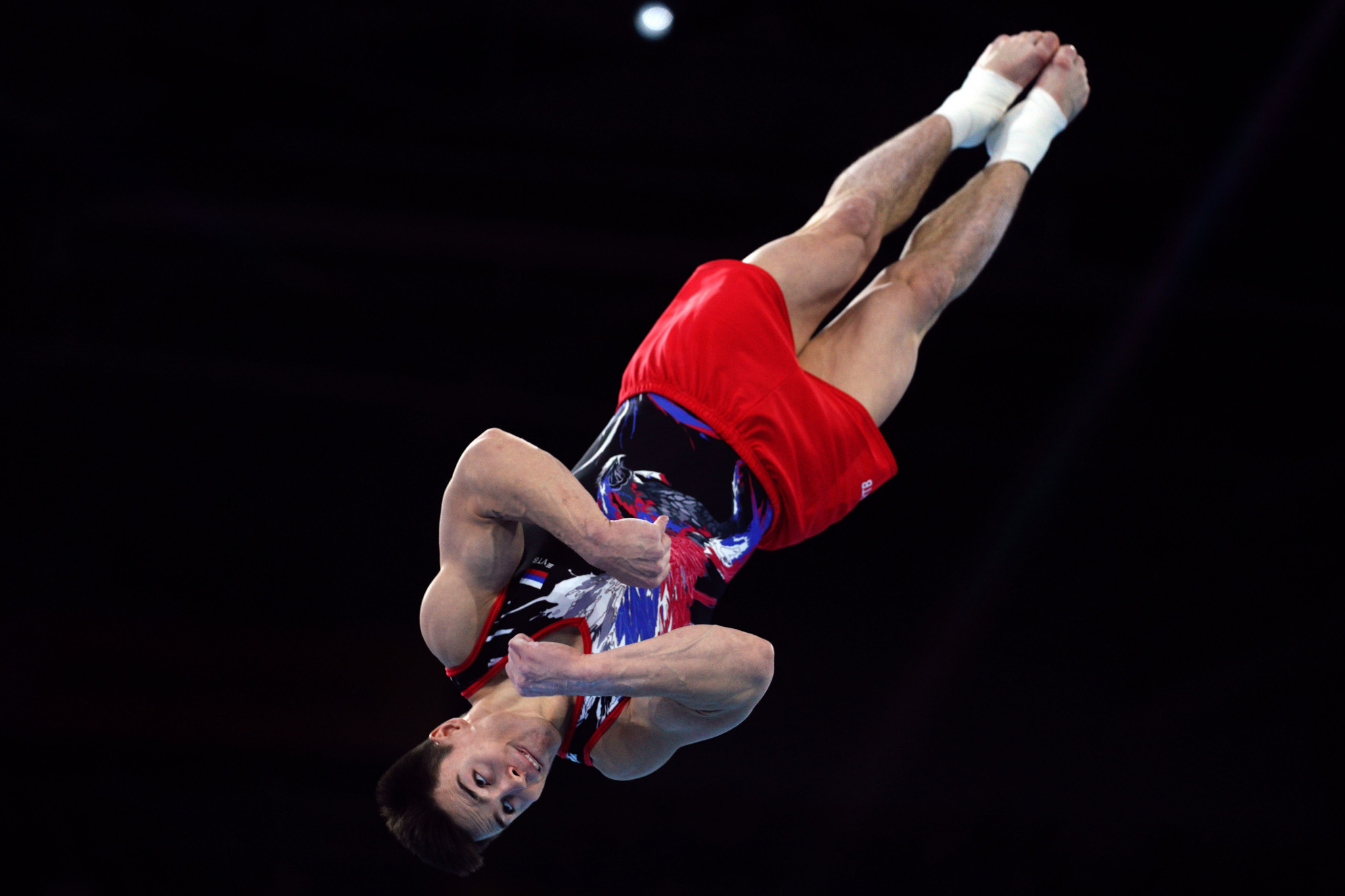 European champion Nikita Nagornyy leads the all-around standings and helped Russia to top spot in the team event at the halfway stage of men's qualification at the Artistic Gymnastics World Championships in Stuttgart.

The 22-year-old, a member of the Russian team which claimed Olympic silver medals at Rio 2016, scored 87.333 points for the six disciplines at Hanns-Martin-Schleyer-Halle.

Nagornyy, third in the all-around at last year's World Championships in Doha, amassed 14.900 points on the floor and vault, while he managed 14.800 on the parallel bars.

The Russian holds first place ahead of compatriot Artur Dalaloyan, who scored 86.531 to end the day in second place.

Lee Chih-Kai of Chinese Taipei impressed on his way to third on 84.481 points.

Brazil are third on 247.236, with qualifying in the last four subdivisions set to take place when action is due to resume tomorrow.