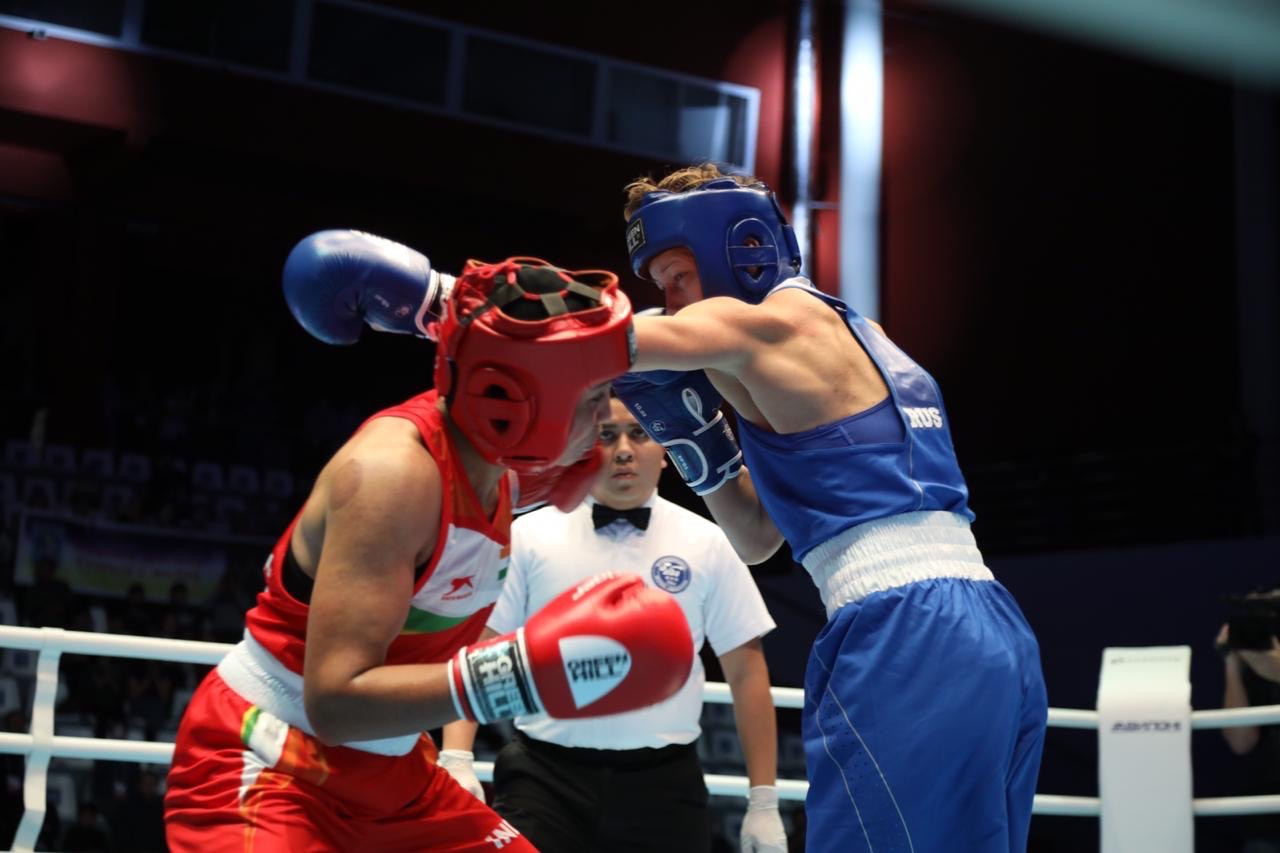 Hailing from the host city, Shadrina is the captain of the 10-strong Russian team here.

Having eased through the opening round of the lightweight division, the 29-year-old came up against 37-year-old Laishram Sarita Devi of India, a veteran boxer and winner of the world title in 2006.

The home crowd were delighted as Shadrina recorded a unanimous victory against Sarita.

Her next opponent is scheduled to be Dayana Cordero of Colombia, who had her contest against Naomie Yumba of the Democratic Republic of Congo stopped by the referee.

It is set to be an all-South American affair next, with Ferreira coming up against Omailyn Alcala of Venezuela, a narrow 3-2 winner over Shoira Zulkaynarova of Tajikistan.

Seesondee was the silver medallist at the 2018 World Championships and is due to continue her quest for gold against Rimma Volossenko.

Italy's Francesca Amato beat Dayana Sánchez of Argentina 5-0 to set up a clash with Rashida Ellis of the United States, who had her bout with Panama's Elisa Williams stopped by the referee.

Fariza Sholtay of Kazakhstan then managed the same result against Jessica Bagley of Australia.

Competition is due to continue tomorrow with bouts in the light flyweight and light welterweight divisions.