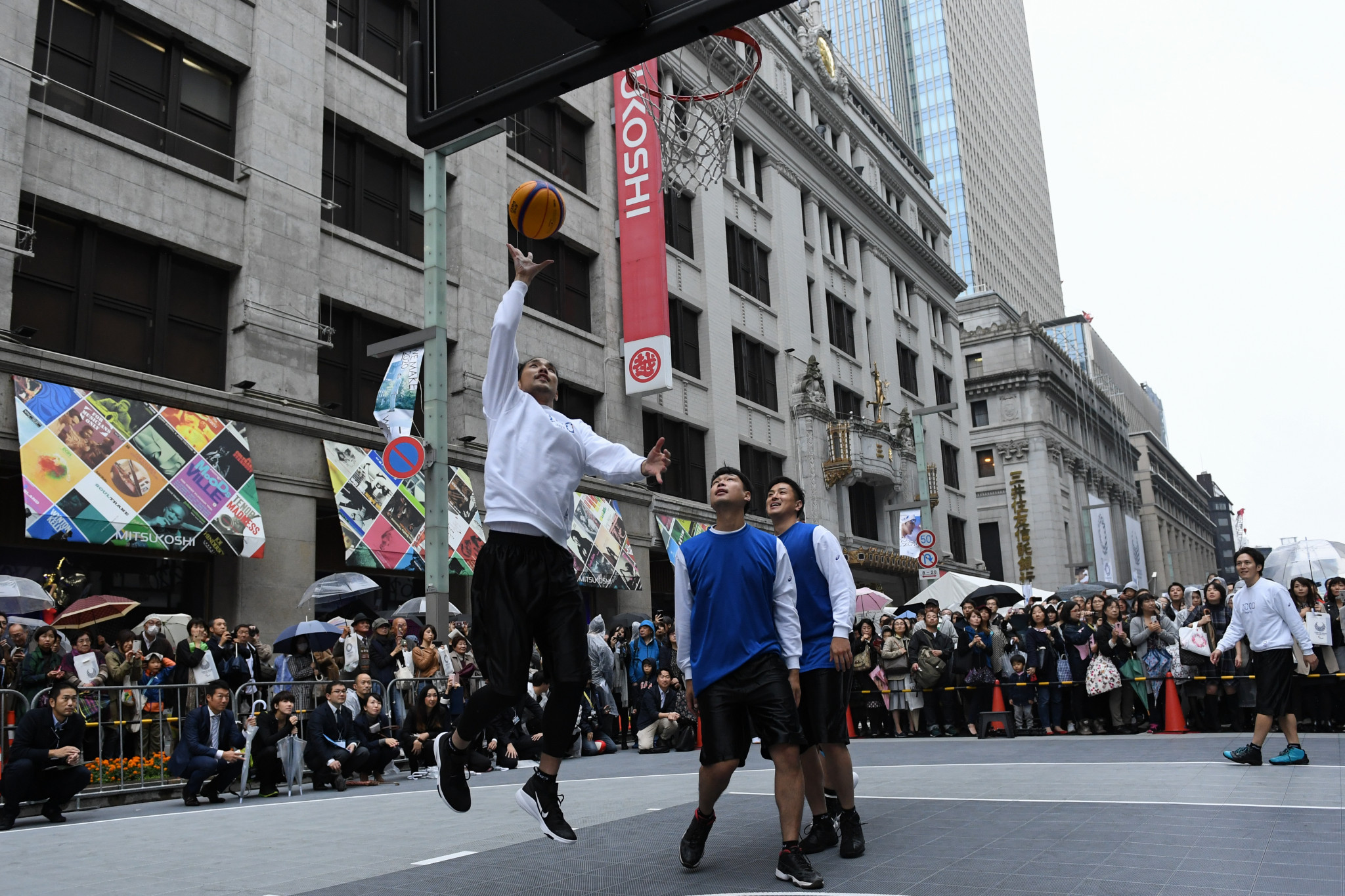 Only one 3x3 team from Japan will automatically secure a place at next year's Olympic Games in Tokyo after the International Basketball Federation (FIBA) confirmed the qualification criteria.

FIBA revealed Japan would be given a spot in the men's and women's 3x3 tournaments at Tokyo 2020 earlier this year, pending final approval from the International Olympic Committee (IOC).

But an automatic ticket will only be granted to the highest-ranked Japanese team under criteria published by FIBA.

The other Japanese squad will be provided with plenty of opportunities to qualify, however, as they will be entered into the Olympic qualification tournament.

If Japan fail to seal an Olympic berth at the event, the country will compete at the last-chance universality qualification competition.

Japan's men are currently in line to be awarded the sole automatic spot for the Olympic host nation as they are ranked ninth, two places above the women, who sit 11th on the FIBA standings.

The top four teams on the men's and women's rankings will qualify for Tokyo 2020 and will be announced by FIBA on November 1.

If Japan fails to get into the top four on either list, they will replace the fourth best team on the rankings.

It means they are likely to take the place of Mongolia, currently fourth on the men's standings.

Serbia, Russia and China are set to join Japan in the men's event at Tokyo 2020, while Russia, China, Romania and France are on course to claim the automatic berths in the women's tournament.

Three places in each of the men's and women's competitions will be on offer at the Olympic qualification tournaments, the exact dates and locations of which have not yet been revealed.

One spot per gender will be up for grabs at the Universality Olympic Qualifying Tournament.

The first Olympic Qualifying Tournament is due to be staged in March 2020 and will feature 40 teams, 20 for each gender.

3x3 basketball will make its debut on the Olympic programme at Tokyo 2020.