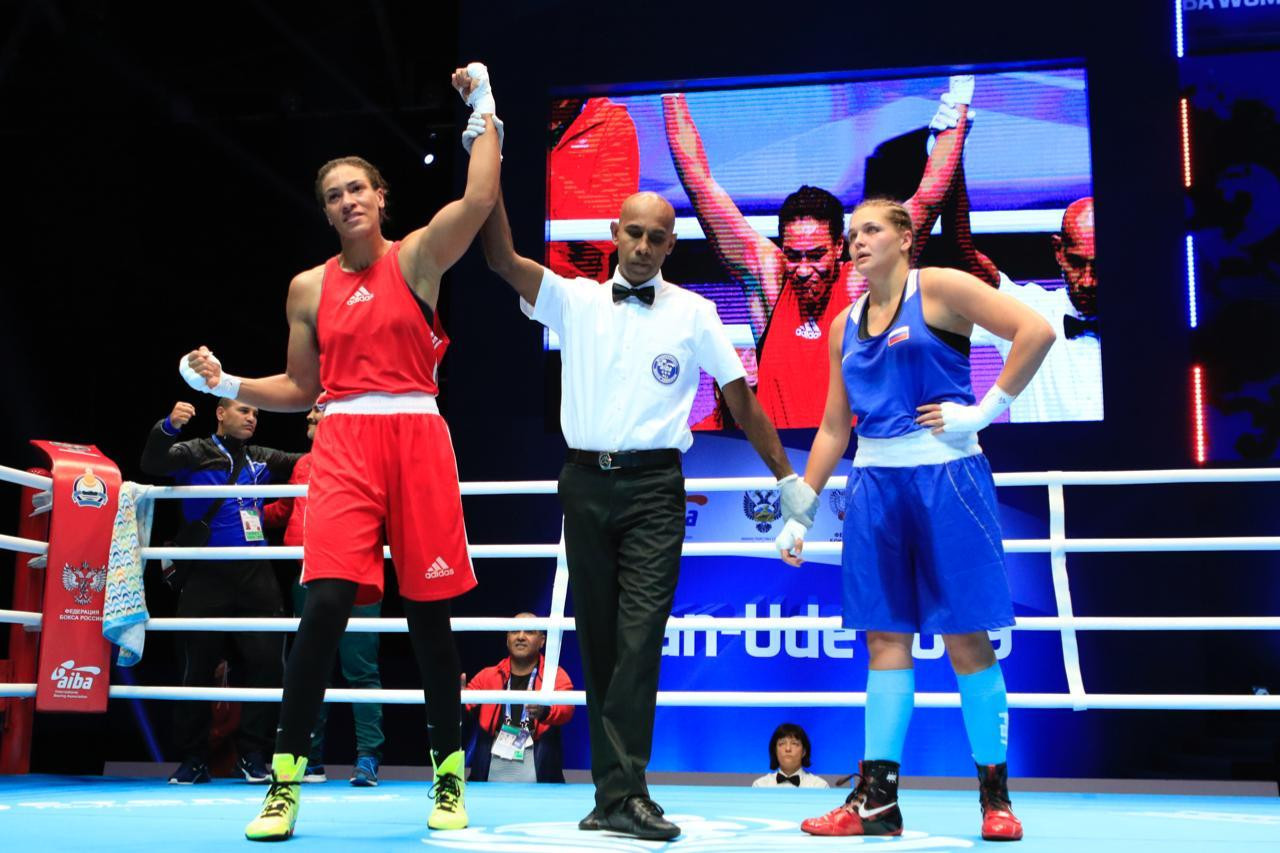 The crowd were momentarily silenced as Golovchenko was beaten 3-2 by Khadija El-Mardi of Morocco, becoming the first home boxer to lose a bout.

El-Mardi will fight Victoriya Kebikava of Belarus next, who received a bye from the first round.

Welsh Commonwealth Games champion Lauren Price also automatically progressed into the round of 16, where she will meet Saweety Boora.

The Indian boxer recorded a unanimous victory against Myagmarjargal Munkhbat of Mongolia.

Two bouts were stopped by the referee, with the first between Zheng Lu of China and Mavluda Movlonova of Uzbekistan.

Zheng was given the win and a clash against Ecuador's Erika Pachito.

The referee then stopped the contest in favour of Germany's Sarah Scheurich, putting Elsidita Selaj of Albania out of the competition.

Scheurich's next bout will be against Tammara Thibeault of Canada, bronze medallist at both the 2018 Commonwealth Games and this year's Pan American Games.

There was success for the South American Games champion, Atheyna Bylon of Panama.

She unanimously defeated Sweden's Love Holgersson, setting up a bout with Naomi Graham.

The boxer from the United States finished with bronze at last year's World Championships, then claiming silver at the Pan American Games.

Competition continues tomorrow with the lightweight and light heavyweight divisions.