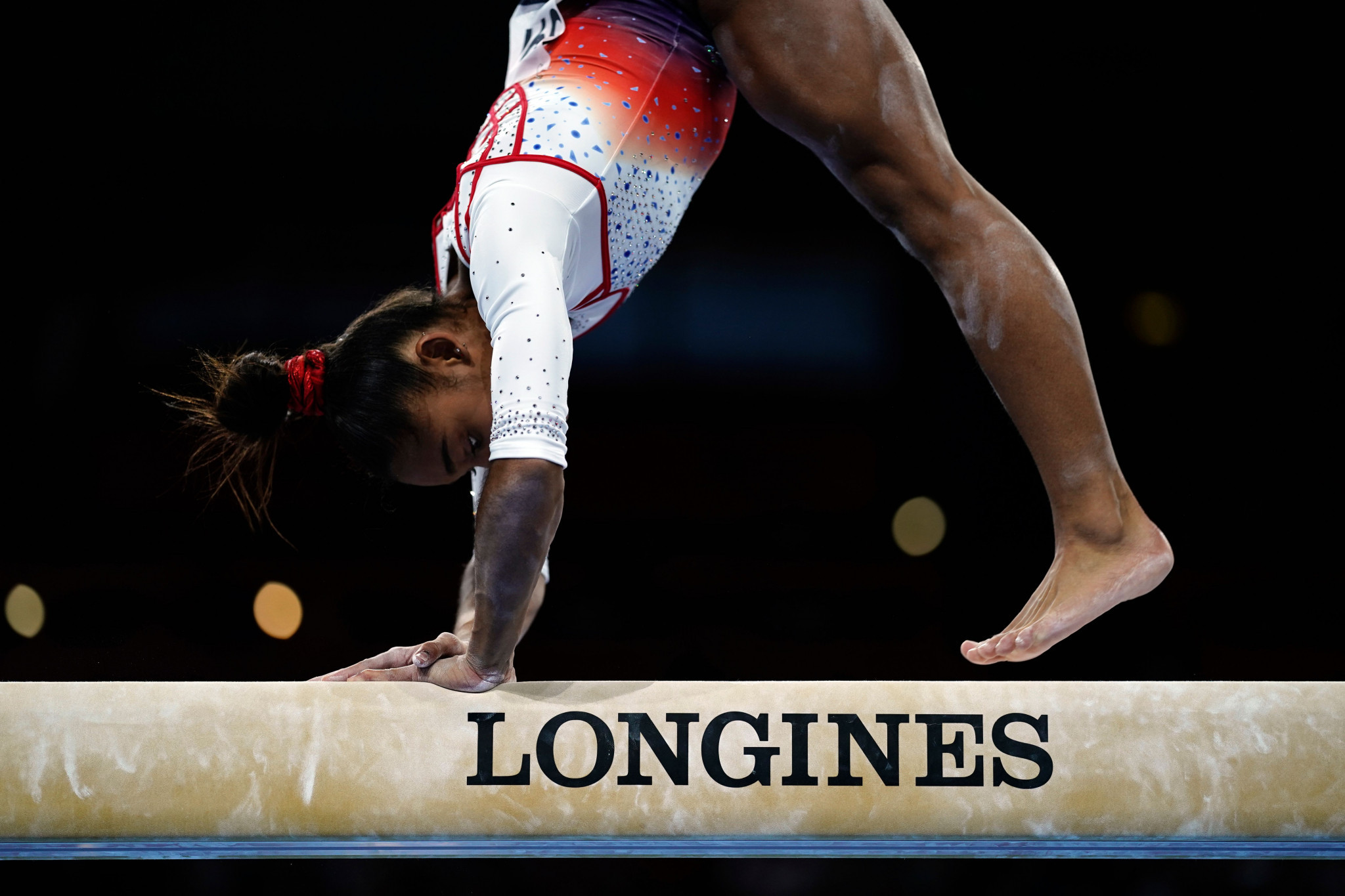 The French star scored 56.782 points to top the leaderboard at the halfway stage of qualification at Hanns-Martin-Schleyer-Halle.

Dos Santos impressed in the vault and uneven bars events, scoring 14.600 points in each discipline.

Liu Tingting of China is second on 55.685 points after six of the 12 subdivisions, while compatriot Li Shijia ended the day in third having amassed 55.732 points.

Liu and Li contributed to China taking the lead in the women's team standings as their squad scored 169.161 points.

Chen Yile made an impressive return to international competition after a near year-long absence.

The Chinese gymnast is seventh on the uneven bars standings after scoring 14.366 points and sits third in the balance beam qualification following a routine which yielded 14.266.

American star Simone Biles is set to make her entrance at the World Championships during the second-half of qualifying tomorrow.