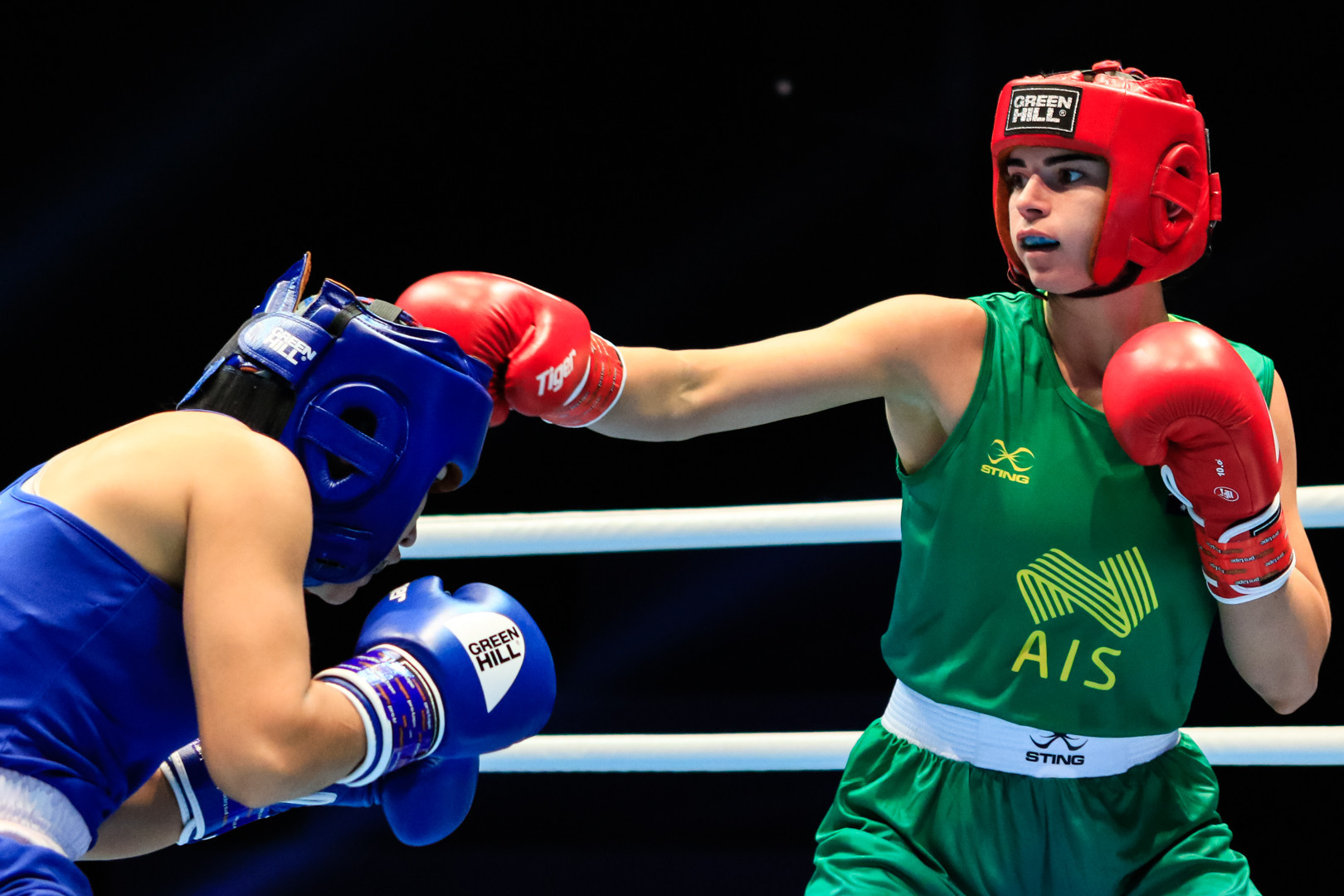 The 24-year-old came up against Bolortuul Tumurkhuyag on the opening day of competition, defeating the Mongolian unanimously.

Nicolson earned a world bronze medal in the light welterweight division in 2016, before moving down to featherweight and achieving Commonwealth gold at Gold Coast last year.

She faces a tough challenge next against Lin Yu-ting, who received a bye for the opening round.

In the remaining featherweight bouts, Italy's Alessia Mesiano began her attempt to reclaim the world title she earned in 2016 with a unanimous victory over Yamileth Solorzano of El Salvador.

Nesthy Petecio of the Philippines narrowly defeated Jucielen Romeu of Brazil 3-2, while Karris Artingstall secured a 5-0 win over Yarisel Ramirez of the United States, a bronze medallist at August's Pan American Games.

In the flyweight competition, recently crowned Pan American Games champion and Rio 2016 bronze medallist Lorena Victoria of Colombia got off to a good start, with a unanimous decision over Volha Lushchyk of Belarus.

There was disappointment for Nazym Kyzaibay of Kazakhstan, the two-time light flyweight world champion.

She was defeated 4-1 in the first round of her new division by sixth seed Tsukimi Namiki of Japan.

There was a closely fought bout between two emerging talents, Anush Grigoryan of Armenia and Heaven Garcia of the United States.

While Grigoryan was named under-22 European champion earlier this year, Garcia became the youth world champion in 2018.

It was Grigoryan that came out on top here, edging past the American boxer 3-2.

Risa Nakata of Japan impressed in the light flyweight division, with the referee stopping her contest with Lethabo Bokamoso Modukanele of Botswana in the second round.

Breeanna Locquiao of the United States then managed a narrow 3-2 win against Indonesia's Endang Endang.

Competition continues tomorrow with the bantamweight, lightweight and welterweight divisions.