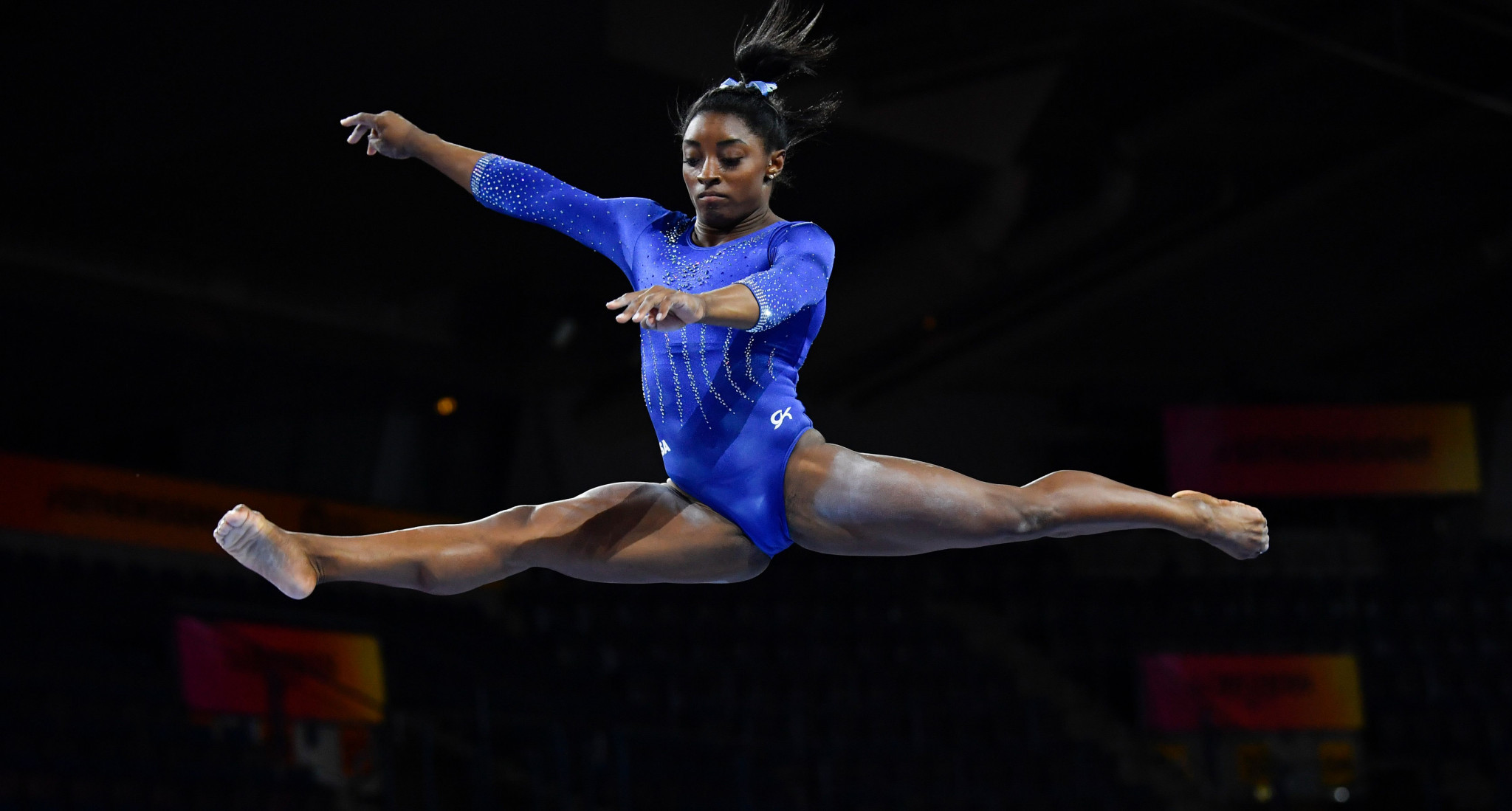 American sensation Simone Biles could become the most decorated athlete in the history of the Artistic Gymnastics World Championships in Stuttgart, where this year's edition begins tomorrow.

The 22-year-old is a legend of the sport and already boasts 20 World Championship medals - with 14 gold.

A haul of four or more medals at Hanns-Martin-Schleyer-Halle in the German city will see her surpass the all-time record of 23 held by Vitaly Scherbo of Belarus, who competed between 1991 and 1996.

She has targeted showing off brand new skills in Stuttgart after pulling off two extremely difficult manoeuvres at the US Championships in August - a double-twisting double-back dismount from the beam and a triple-twisting double tuck on the floor.

The triple-double was considered so hard that the International Gymnastics Federation had to introduce an additional level of difficulty to score it.

Any gymnast who performs a new move is given the honour of it being named after them.

"I feel like getting the skills named after me is really exciting, just to go out there and prove to myself that I can do them especially under all the pressure that will be there that night," said Biles.

"I feel like putting my name on a skill is really rewarding because it will be there forever, as well as the medals, but it's something I can hold on to just because I'm the one that did it first."

"I never think of how many gold medals," she said.

"It's more like how well I can do in every competition as far as hitting my routines.

"I never go into a competition trying to win.

"I feel like if I were to label myself as a superstar, it would bring more expectations on me.

"I try to go out and compete and try to represent Simone, and not Simone Biles, because at the end of the day I'm still a human being, more than I'm Simone Biles the superstar."

More than 540 gymnasts from a record 92 nations are scheduled to compete in Stuttgart, also the 1989 and 2007 World Championships host, with action running until October 13.

Alongside Biles, the reigning gold medallist in all-around, vault and floor, all of the individual world champions from Doha are scheduled to return to defend their titles.

Belgium's Nina Derwael will bid for glory again on the uneven bars, with China's Liu Tingting looking to triumph once more on beam.

Artur Dalaloyan of Russia will defend his men's all-around and floor gold medals, with Xiao Ruoteng of China hoping to reign supreme again on pommel horse.

China's Zou Jingyuan and Greece's Eleftherios Petrounias will bid to keep their respective parallel bars and rings titles, while North Korean Ri Se Gwang is back to try and reclaim his men's vault gold medal.

Epke Zonderland of The Netherlands is the defending world champion on horizontal bar.

Biles and the US will defend their women's team title - China are the reigning men's team champions.

Other gymnasts who could make an impact include Japan's two-time national champion Wataru Tanigawa, who should feature in the men's all-around.

Italy's Giorgia Villa, the all-around gold medallist at last year's Youth Olympic Games in Buenos Aires, is tipped to make the step-up in class among the women's ranks.