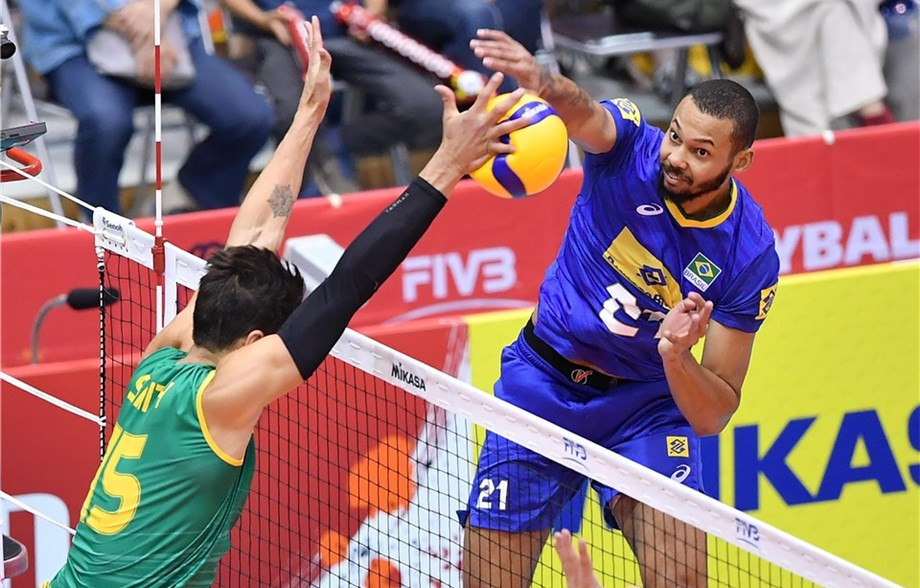 Egypt, Argentina and Russia also preserved 100 per cent records as the second round of fixtures were played at Marine Messe Fukuoka and Nagano's White Ring.

There was also a victory for defending champions United States, who recovered from their shock opening loss to Argentina by beating Italy.

Brazil proved too strong for Australia in Nagano, subjecting their opponents to a second defeat with a 25-15, 25-20, 25-17 success.

Alan Souza top-scored with 13 points for the Rio 2016 winners who are seeking a third World Cup and their first since 2007.

"The important thing is that we kept our intensity always high, with not too many mistakes," said Brazil's captain Bruno Rezende.

"That's always good, because we always put pressure on the other team."

Poland disappointed hosts Japan, who slipped to a record of won one, lost one, with a four-set victory in Fukuoka.

The Poles, the World Championship winners in 2014 and 2018, have never won the World Cup.

Russia, the record six-time winners of the tournament, claimed their second win in Nagano as they battled from two sets down to defeat Canada.

"It's a great lesson on how to start the game better," said Russian coach Tuomas Sammelvuo.

"Not after 10 points, but from the beginning."

The American win over Italy meant the world number two side beat the team placed just one spot below them in the rankings.

Italy have opted to send a completely different team to the World Cup to the one which reached Tokyo 2020 at the Olympic qualifiers in August.

After a rest day tomorrow, the tournament resumes on Friday (October 4).

Poland will meet the US in a big clash in Fukuoka, where Argentina will play Italy and Japan play Tunisia.

In Nagano, a 100 per cent record will go when Brazil take on Egypt, with Russia locking horns with Australia and Iran colliding with Canada.

All 12 teams competing are due to play each other in one round-robin group, with the table-toppers declared the winners.